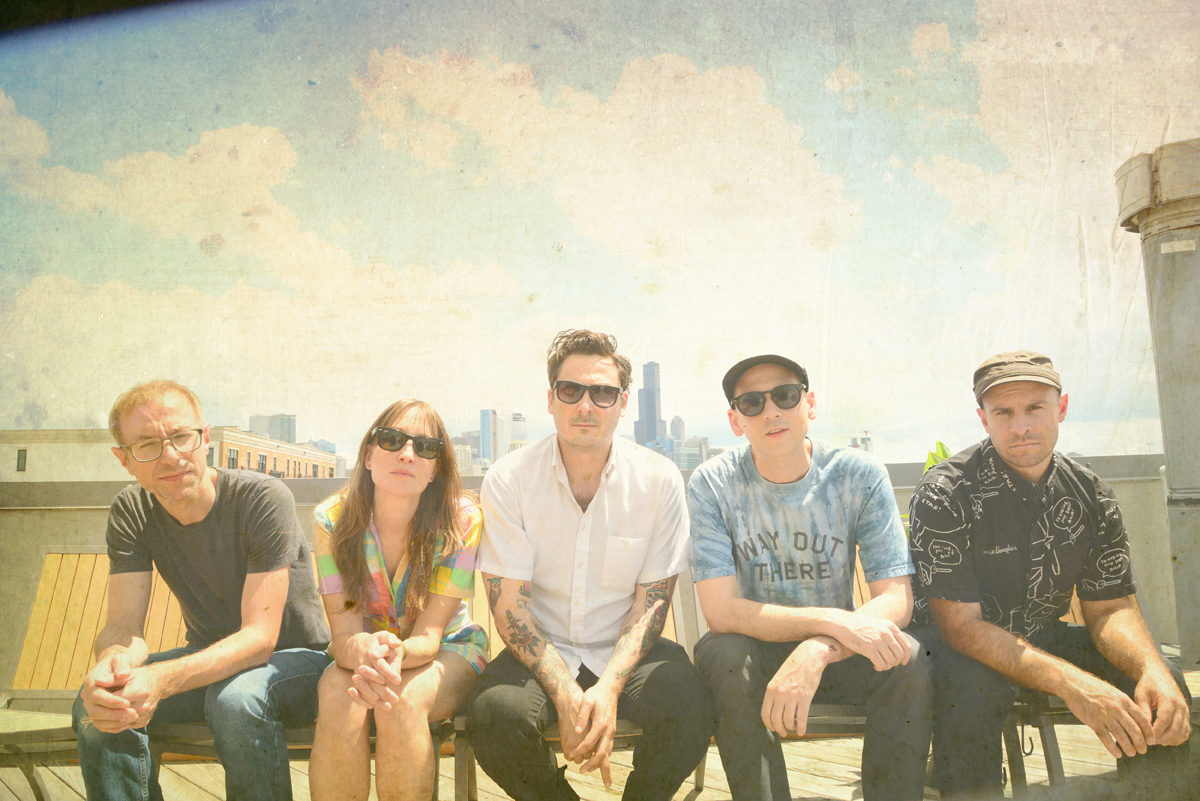 Even now, if you weren’t there, I think it’s hard for people to understand how lucky they were to be in the room during Joan of Arc shows. Especially in the early 2000s, for me and my pals in the Midwest. The band played a show in Bowling Green, Ohio in 2000. I remember it because only one person in my crew had a car, and we weren’t supposed to be making that long of a drive on what was almost certainly a school night. And so we knew, upon our leaving, that trouble would be waiting for us whenever we decided to return. But it didn’t matter. Someone had told one of us that we must see this band, and so it became clear that we had to see the band.
Joan of Arc consistently occupied that space for me and for so many people I loved. Prolific – almost spilling from one album directly into another before anyone could catch their breath – but also a band someone had to see to believe. A band that, in my corner of the midwest, people would line up to see live. Their shows, a type of controlled chaos. A chaos that required a close and gentle ear, or else one might miss the delicate daggers of lyric woven into the walls of sound, the walls of slow movement.
If there is anything clear to me right now, it is that our endings are not always our endings. It is the summer of 2020 as I write this, and I didn’t know that the last time I walked out of a crowded music venue in the late winter of this year would be the last time for what feels like ages. It is good to determine your own endings, I think. For yourself, but also for the sake of whatever comes next. What I always loved about Joan of Arc, and what I still love about them now, is that the project of the band itself always felt like an experimental intersection of its members interests. As prolific of a band as they have been, none of the albums sounded the same, none of the albums imagined themselves as too big to fail in the name of trying something new. They always felt, to me, like more of a collective than anything else. A smattering of gifted contributors, fighting their way through their own creative whims. Tim Melina Theo Bobby, Joan of Arc's final album, might be their most personal and adventurous to date, culminating the band's many inspired, divergent sounds into one self-reflective, conclusive statement.
I never thought aging would bring gratitude. I come from a place, from a scene, where people were lost, where institutions crumbled, where bands I loved became obsolete, or chased checks so far and for so long that no one could see them anymore. And, for this, I have gratitude to have lived long enough to have my living intersect with one last Joan Of Arc album. To have the band going out on their own terms, still steeped in their own sound. Melancholic, but biting. Cynical, but also witty. A sonic forest that is both comfortable, but also a little treacherous.
I used to mourn moments like this. Letting go of a beloved band. I used to imagine these types of endings as only a single thing: a withdrawal, or something I adored slowly vanishing. But a listener can hear in this album that these people still love making music together. They’re still excited by how far they can push each other creatively. And to know that and still decide that you have given all you can give as a band is a real gift. It is better this way, to lay a project down at the feet of fans, and listeners, and have it treated with joy, and not sadness.
And also, if one listens closely enough on this album, you hear the evolution of a set of musicians, who still have so much to offer the world, even if it isn’t in this container that some of us have gotten used to hearing them in; as Good Fuck, the duo of Tim Kinsella and Jenny Pulse, or Aitis Band, the project of Melina Ausikaitis, Theo Katsaounis, and Bobby Burg. There’s a dexterity, a calm, and a maturity to the sounds running through this album that have me excited to see whatever is on the horizon.
Musicians owe growth to themselves, they owe exploration, and excitement, and eager noise-making to themselves. Whatever fans get out of that, at the end of the day, is something we should all be grateful for. And in the case of Joan of Arc, we got over two decades of it. And I will always get to tell people that I was around for some of it. That I defied time and responsibilities and drove into a night that this band I loved was on the other side of. That I scrawled lyrics on a bathroom mirror using a marker someone left on a club’s sink. That I felt a little more alive and a little less alone. I’m glad to cherish that, even though this band will never take a stage again. And I’m glad for this offering. This soundtrack during a moment of isolation, to populate my most empty corners. 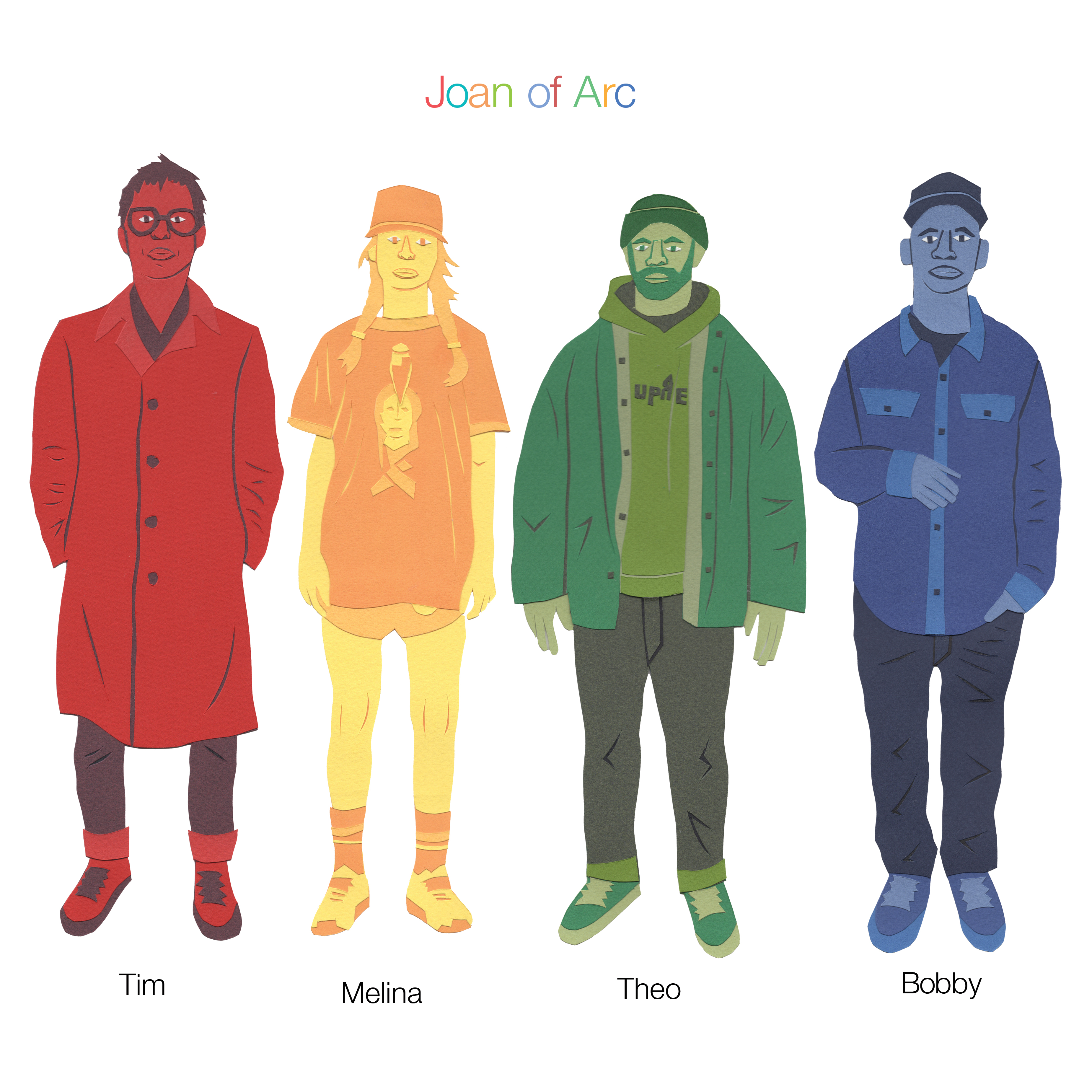