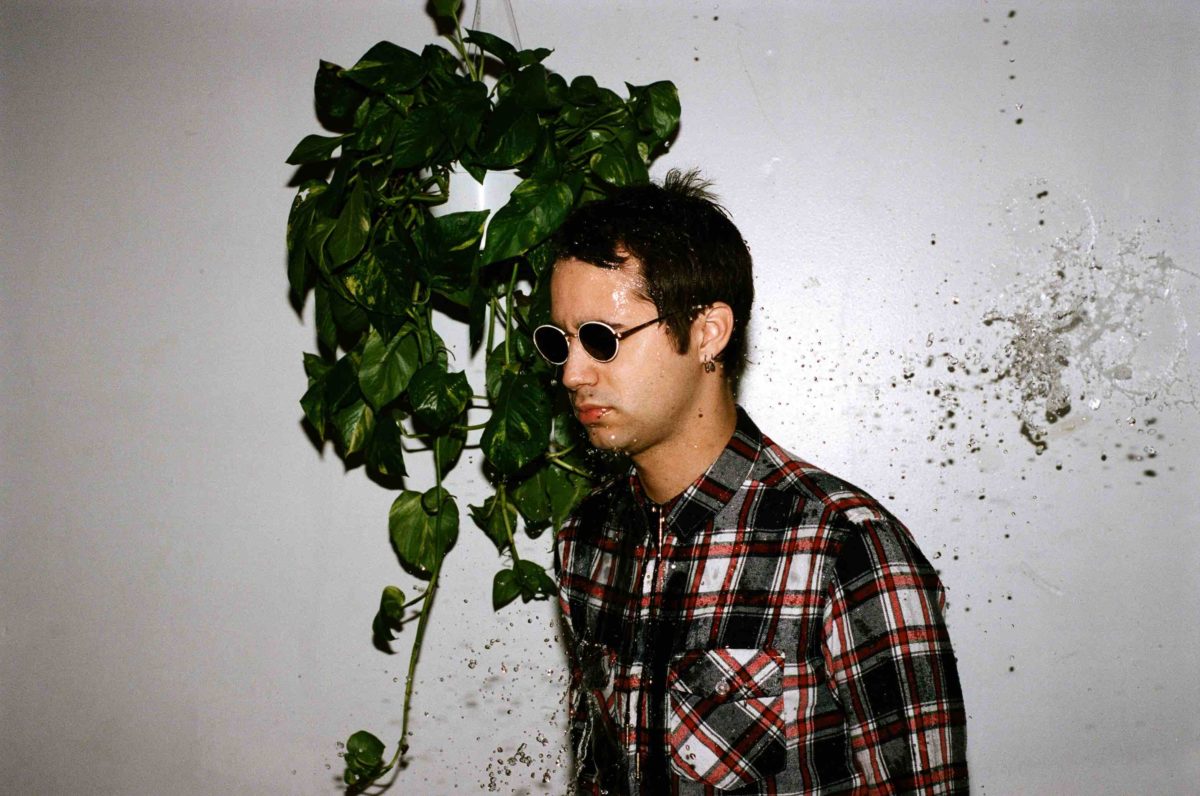 L.A.’s Got Me Down
Bar/None Records

By now everyone knows about the bleakness lurking next to the glamour of Los Angeles, where the space between abject poverty and untold wealth can be inches.

Justus Proffit knows that world better than most, having grown up in the city’s underground punk scene. A lifer at 25, Proffit started playing in bands at 13, touring at 16, and running his own DIY space by 22. Living and creating on the fringe has deeply informed his work as an artist: two self-released EPs (2016’s Magic & 2017’s UPS/DOWNS), his acclaimed 2018 collaboration with breakout Jay Som, Nothing’s Changed, and never more powerfully than on his debut full-length and label debut, the tellingly titled L.A.’s Got Me Down.

A mixture of new material and songs he’s written over the past few years, L.A.’s Got Me Down explores a tumultuous time in Proffit’s life, one punctuated by the loss of close friends to drug overdoses, a war with personal demons, and the more mundane aspects of being an artist in a city as notoriously standoffish as Los Angeles.

A certain darkness permeates much of L.A.’s Got Me Down, but the album doesn’t wallow. Anything that can be described as “my ‘Back in Black’”—as Proffit calls “Shadow of the Cross”—won’t be a slog. After his more subdued EPs, he had no intention of keeping the intensity down. “I wanted to come out with a rock record this time,” Proffit says. “I’m happy to start playing loud music again.” “Shadow of the Cross” boasts the biggest, catchiest chorus of Proffit’s career, and the sunny guitars of “Painted in the Sound” reflect the lovelorn lyrics at its center. Listeners will undoubtedly hear echoes of Heatmiser-era Elliott Smith, and “Hole” recalls Nirvana’s “Dumb” in sound and theme. But the vision is singularly Proffit’s; he played every instrument as he and producer/engineer Alex Resoagli recorded during off-hours at various LA studios over the course of six months.

“The whole record, the dynamic was just me and him—no one else came in,” Proffit says. “We would start recording sessions at midnight because that’s when Alex would be available, so it was a really long process. We would work on it like four hours at a time,” Profit says. “I’m so stoked that it’s finished, but yeah, I wouldn’t do that again. It was definitely stressful at the end.”

Also stressful: two different calamities that followed the album’s completion. First, Proffit nearly died last spring when he tore his esophagus, a dire but ultimately treatable result of his excessive drinking and partying. The second speaks more to the themes of L.A.’s Got Me Down—it’s right on the cover. The two neighborhood kids silhouetted on it robbed Proffit’s home/DIY performance space just weeks after taking the photo. Worse, after he confronted them, they smashed his car so bad it was totaled.

“Those photos, I just liked that it was us as homies kicking it,” Proffit says. “It ended up working out in a way because I ended up cutting them out of the picture and giving the album more of a theme. There’s a theme around it where you get in that negative circle and it spirals.”

Proffit credits cutting other toxic people out of his life for keeping him happy and healthy these days. “I’ve gone through a lot of things in my life, more than some. I don’t dwell on it. But that’s what happened. It is what it is,” he says. “L.A.’s Got Me Down focuses on that so much. Maybe the next one won’t—maybe the next one will be chill!” 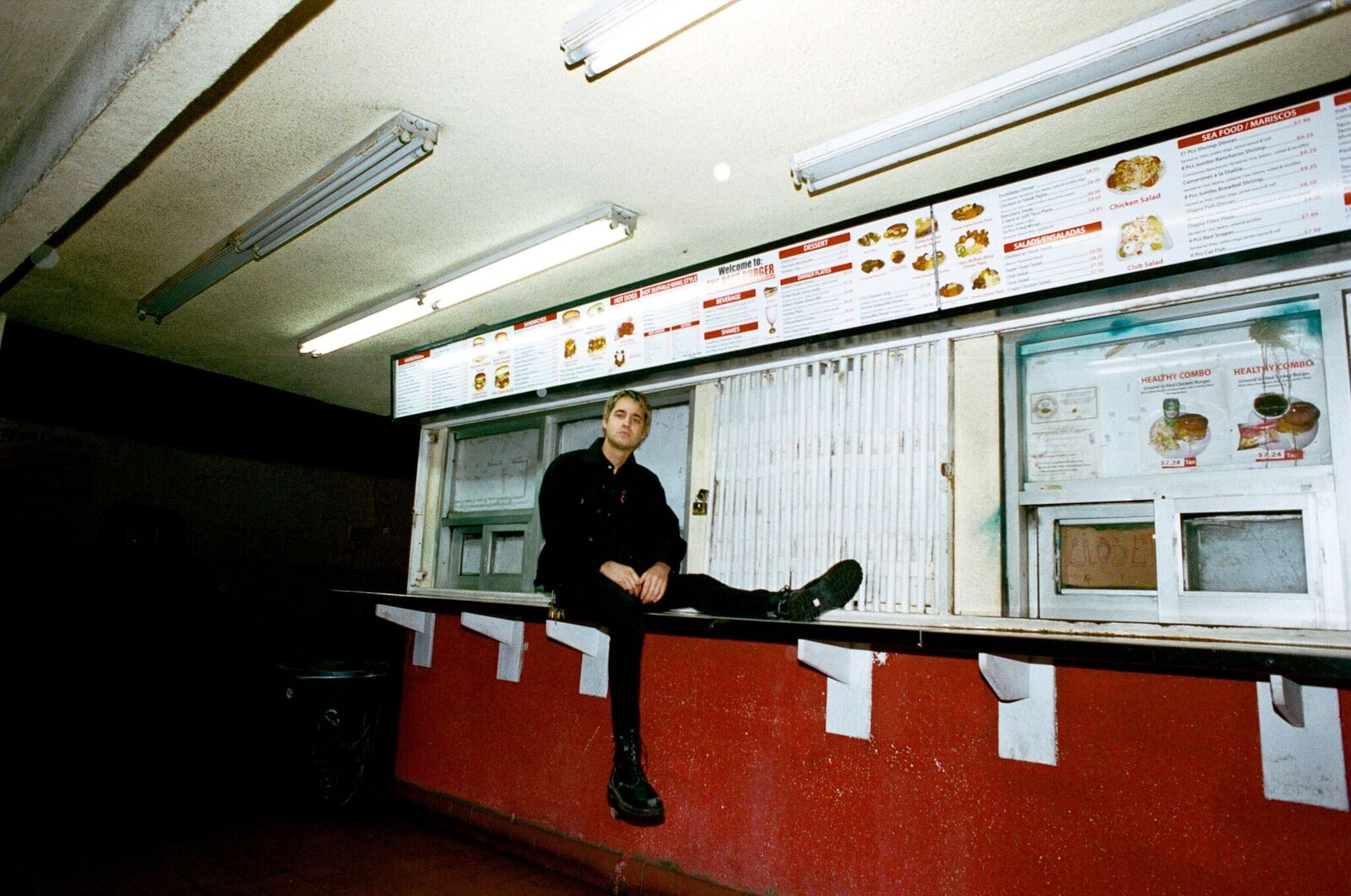 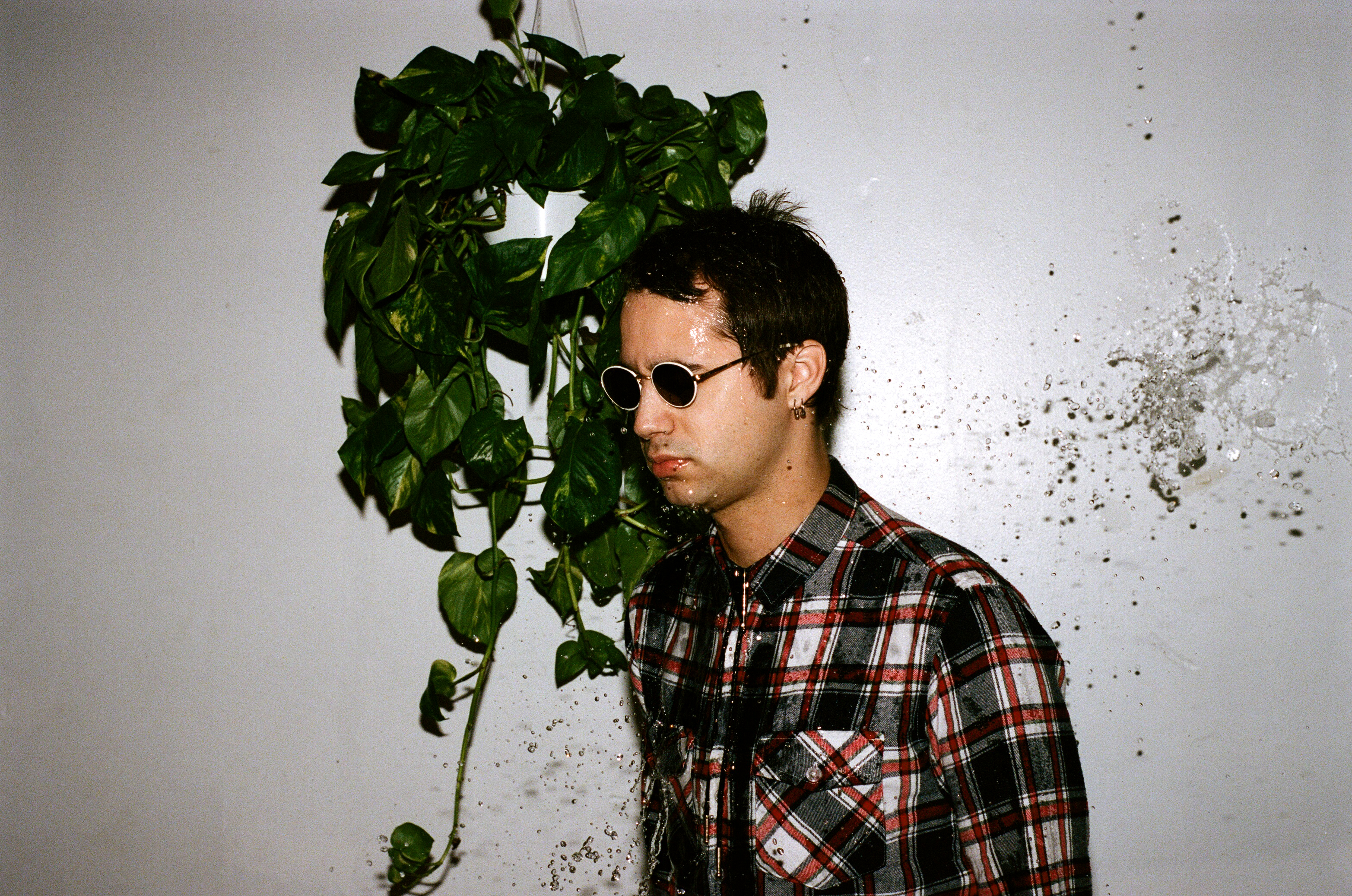 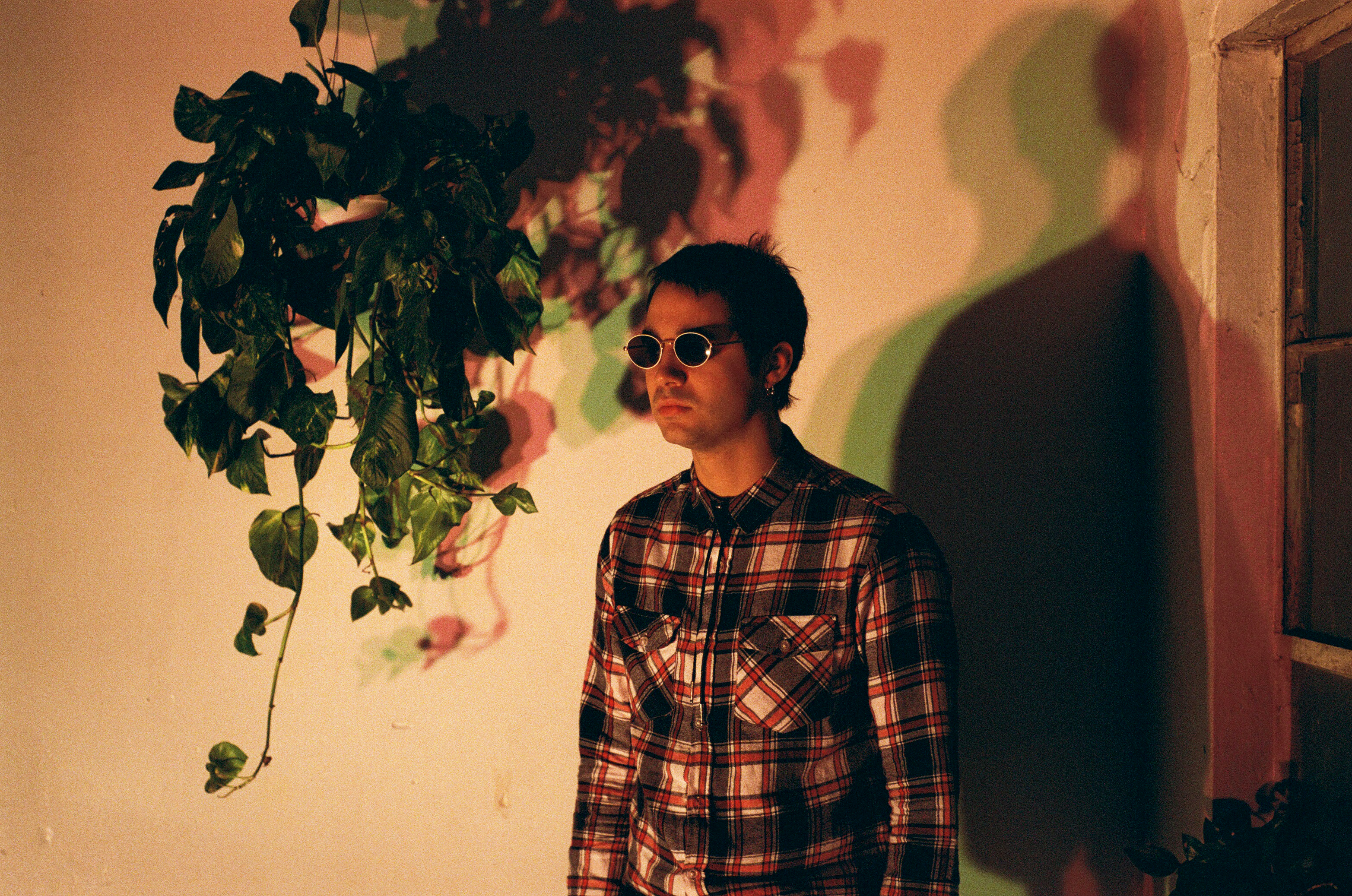 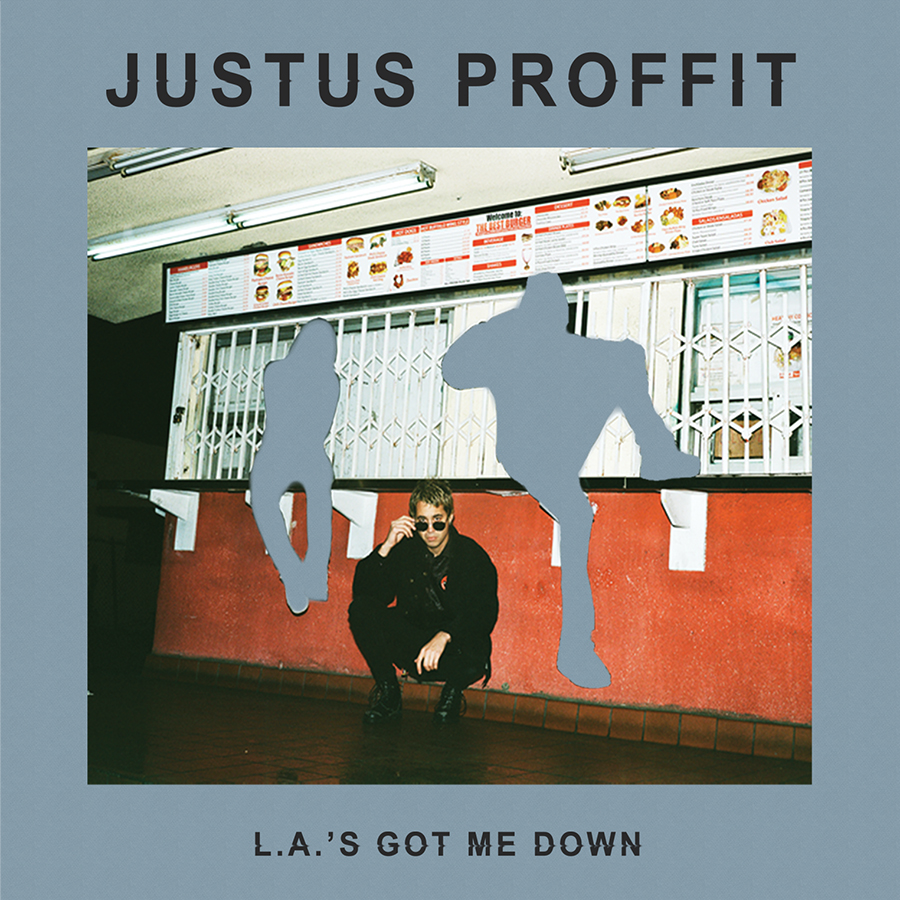