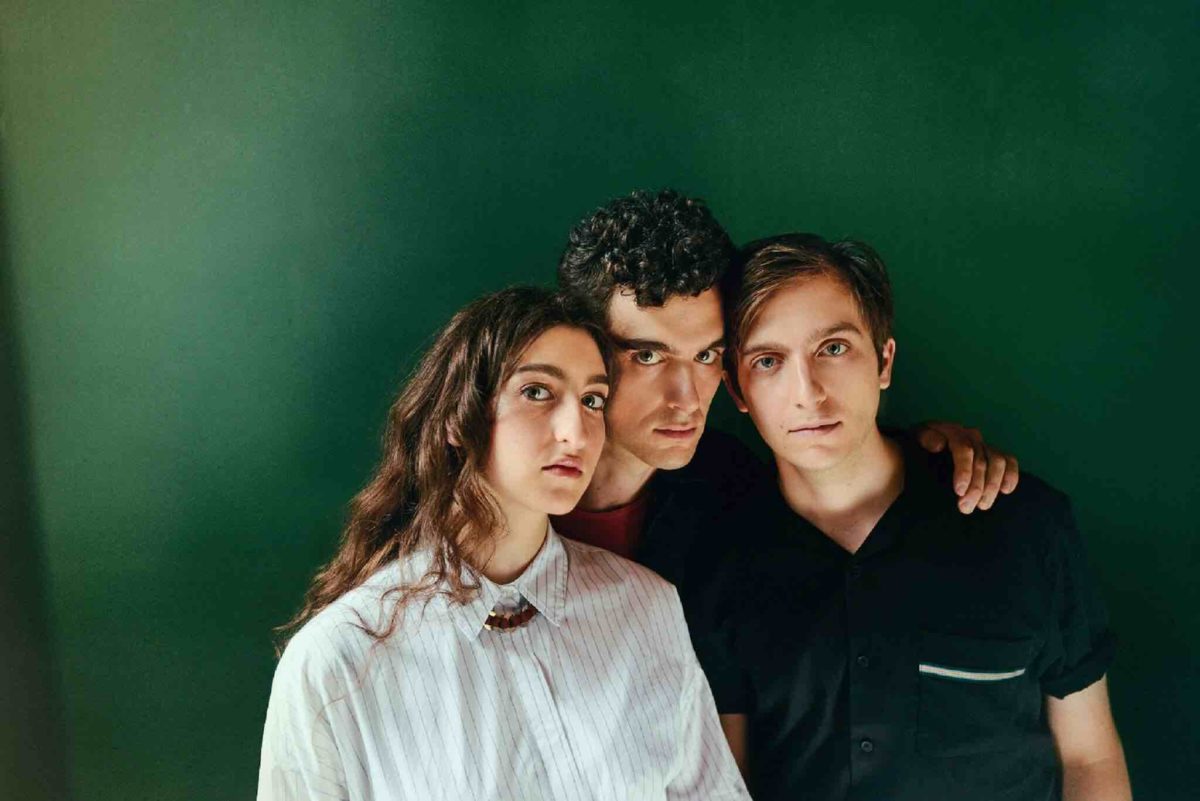 Thrilled To Be Here
Fantasy Recordings

Even though they finish each other’s sentences, dissolve into laughter and tell hilarious contradicting childhood stories, BAILEN’s highly collaborative songs and visceral harmonies are formed by three very different individuals. They’re inspired not only by literature and a love of language, but also myriad classical and pop influences. Their musician parents didn’t push their kids: “They never said, ‘Guys, music is a viable option for a career,’” Julia explains. “I think they just showed us what the life of a musician was by example.” David affirms, “They normalized it.”

Finding a producer to capture BAILEN’s distinctive sound was a painstaking process. “Choosing people to work with is a difficult task because we’re family, so you need somebody who can fit into a dynamic that’s existed for 20-some odd years,” Daniel notes. “We’re all really different people and have very strong opinions. It’s an interesting dance.” After exploring more than a dozen candidates, BAILEN chose Congleton and the band flew to LA to record their album.

Detail-oriented and precise, BAILEN found the perfect counterpoint in Congleton’s more open approach: “We think micro, and John was really good at thinking macro for the record,” Julia observes. “First records are special because you’ve spent your whole life writing them. There are a lot of new songs on this album, but there are also a couple that have been around for a long time.” BAILEN had, in fact, 40 songs in contention for their debut. Julia describes how the album coalesced: “Producing our own demos, we’d think ‘Oh, this song could use strings, but this one needs something else,’ so each song had its own distinct color palette. Recording our album in a month at the same studio with one producer meant that we kept the creativity, but also found the cohesiveness.” All of the strings on the album, recorded in their living room when the band was finishing up Thrilled To Be Here in New York, were played by the BAILEN parents’ chamber group—with mom also playing flute on “Something Tells Me” and “Stand Me Up.”

While The Staves and Fleet Foxes might offer modern touchstones, BAILEN doesn’t fit into any preconceived category. Beautifully written songs like the shimmering standout “Something Tells Me,” the poignant “I Was Wrong,” and the hard-hitting “Bottle It Up” linger in the air long after the first listen and are hard to shake. Each track has its own distinctive quality, revealing different sides of the band’s musical personality.

“Something Tells Me” was the first true full-band effort. It began life with David, writing on piano in his grandfather’s Connecticut basement. He was giddy over a new romance and had the song’s unforgettable chorus, then Daniel stepped in and gave it a solid foundation, helping to bring the wistful tune down to earth. “Daniel wrote the verse melody and more lyrics, and then we massaged it,” Julia remembers. “I felt it should be really slow with lots of space.” The lyrics were partially inspired by a character in John Steinbeck’s East Of Eden, one of the groups’ favorite books, so the song became “more about two kindred spirits who have both been broken,” Daniel recalls.

The siblings’ musical proficiency started at a young age: Julia began guitar at 7, with her dad teaching her Appalachian-style fingerpicking. Her brothers started on violin at age 4. “I had a lot of pent-up energy as a kid and I needed something to bang on, so I switched to drums when I was 7,” David says. “Daniel stayed on violin, then he started on guitar when he was 8, and then, eventually, bass.”

Daniel and David have always played together in bands, with names including Gemini II -- an ode to their birth sign. “Then we went through our punk stage at 12 and changed the name to Dead End… that band went nowhere.” Ultimately, they decided, “Let’s just call ourselves The Bailen Brothers.” As the duo grew creatively, they realized they needed a third harmony for the types of songs they were writing. They’d joked with Julia that she would join the band once her braces were off, and, at last, that time had come. She was already writing songs and developing her own lyrical voice – one that would continue to evolve over her time at Barnard, where she studied English literature.

Their first gig together as BAILEN was for the Newer Sounds music series in 2013. In 2014, BAILEN performed the first of many shows at Rockwood, the NYC venue that would play an important part in the band’s burgeoning career.

Later in 2014, Daniel temporarily moved to the UK to star in What's It All About? Bacharach Reimagined on London’s West End. David and Julia joined Daniel in London and performed there nearly every day for two months. “We played 30+ shows in London as BAILEN while Daniel was doing eight shows a week on the West End,” explains David. “That's where we wrote a lot of our record and got our live set together. When we returned to New York we began our Rockwood residency, and we were ready.”

From 2015 onward, the band has maintained an intense schedule of performances and collaborations—they guesstimate over 300 shows to date. Sofar Sounds, the intimate, small-space live event promoters, have also played a crucial part in BAILEN’s success to date with Sofar Sounds naming the band “Artists to Watch” in 2018. BAILEN have also toured or collaborated with such artists as Amos Lee, Joseph, The Lone Bellow, Oh Wonder, and Raul Midón among others.

BAILEN prefer a low-tech, personal approach when it comes to building their fanbase, which in line with the band’s earthy, DIY appeal. “We just hustle really hard,” says Julia. Clearly something is working as the band has snagged significant tour slots and cultivated a growing fan base before they’ve actually released any music. “We work really hard,” David says. “We play live a lot. Most of our fans have experienced the band in person; it’s not because they clicked on a link. And that’s how we like it.” 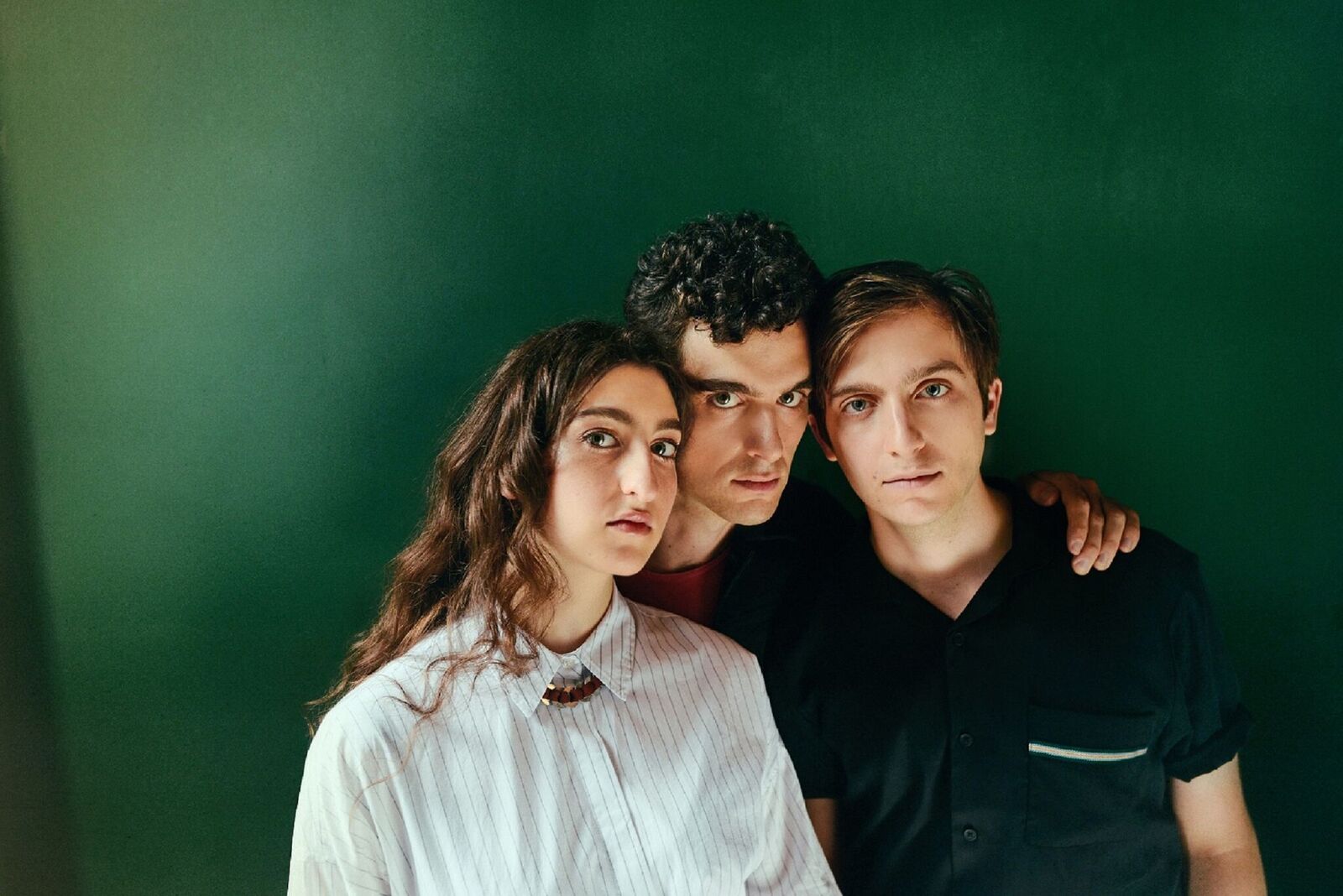 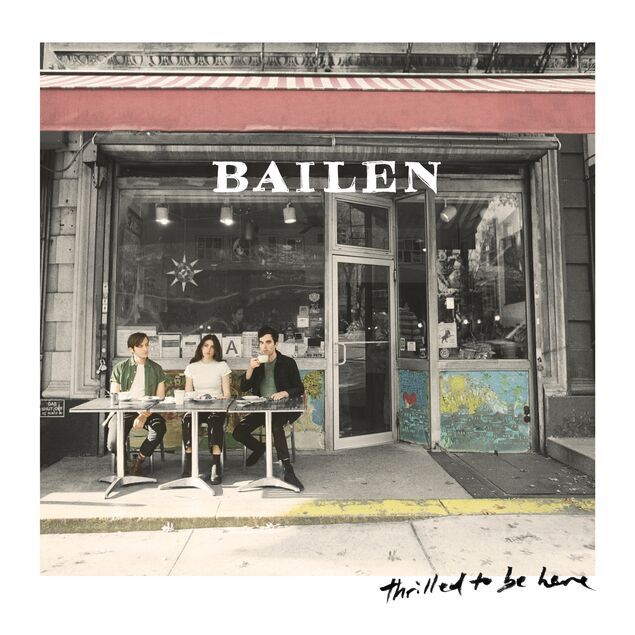