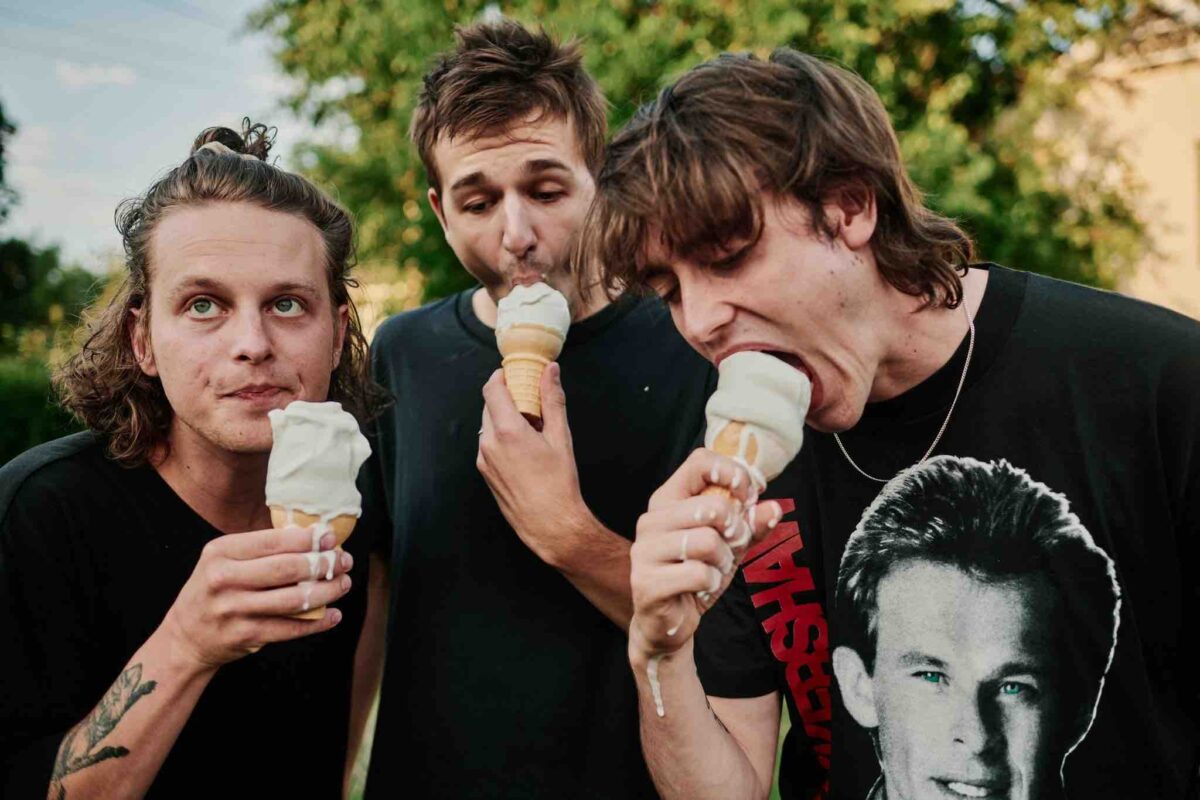 Early into the process Hinz, Luppen, and Stocker hit a wall and were stuck in a creative rut with “Maggot Water.” In figuring out how to move past it, Hinz took ten of Stocker’s voice memos from his phone and condensed them all down into the song’s quick intro . “We have this joke that comes ups—I’m like, ‘My entire life’s work, just condensed into ten seconds.’ It’s so painful,” Stocker says, laughing.

The process laid the groundwork for the creative approach that’d inform the rest of the LP: “It was this sort of hacking of everyone’s ideas and just destroying everyone’s past patterns, in order to create this new energy,” Hinz says.

Baby Boys is just the essence, then: a drama-free distillation of ideas. Luppen and Hinz handle nearly all of the programming on Threesome, while Stocker is the main go-to for the analog instruments (guitars, banjos, and keys), and Hinz then sculpts it all together. They trade vocal duties off the cuff and in the moment; all of them sharing one microphone, typically whoever’s able to spit out a melody idea or vocal part the fastest gets control. “Our entire careers being really serious about the music that we make meant this project was an opportunity to go the opposite direction from there, but at the same time doing it with a level of seriousness that produces good work,” Stocker explains. “It’s always been in response to, and in aversion to, overthinking shit, specifically in the studio.”

The resulting record is a coalescence of disparate parts, a zig-zag of irreverence and cerebral, deft production. There’s “Bum Ving Gatti,” all indiscernible lyrics and a pop hook, while “Cannonball” is mellowed and winding. “Desperado” combines an unused idea Stocker had originally written for Hippo Campus back in 2016 and a fully inverted, math-y guitar loop twisted with effects by Hinz, and buried under his screaming. “Flower” grows into a precarious stack of melodies that came about via a natural build of each member’s individual vocal takes. And on “Maggot Water,” the “aw, yeah!” exclamation is a sample from Hinz’s then-six-year-old brother yelling while sinking his battleship. The instrumental last minute and a half of “Backgammon” is a perfect puzzle of sonics, and features Hippo Campus’ DeCarlo Jackson’s warm trumpet blaring over a Hinz audio tangle.

“We actually had some pretty intense conversations as friends a couple nights,” Hinz says. “We really challenged each other, and there were some times where things got kind of heavy in the room, and then we really did once again use Baby Boys as a tool to bring ourselves out of it.”

“It really is just like putting on drunk goggles and perceiving everyday life situations through these heightened, warped senses, and responding as such,” Luppen says. “It really is all distorted. We have these conversations about very serious life shit, and then walk back into the studio, and through Baby Boys, inject humor into what’s going on.”

Hinz sums it up succinctly: “Being able to put aside everything else for a second and appreciating what you have is so freeing, and so Baby Boys.” 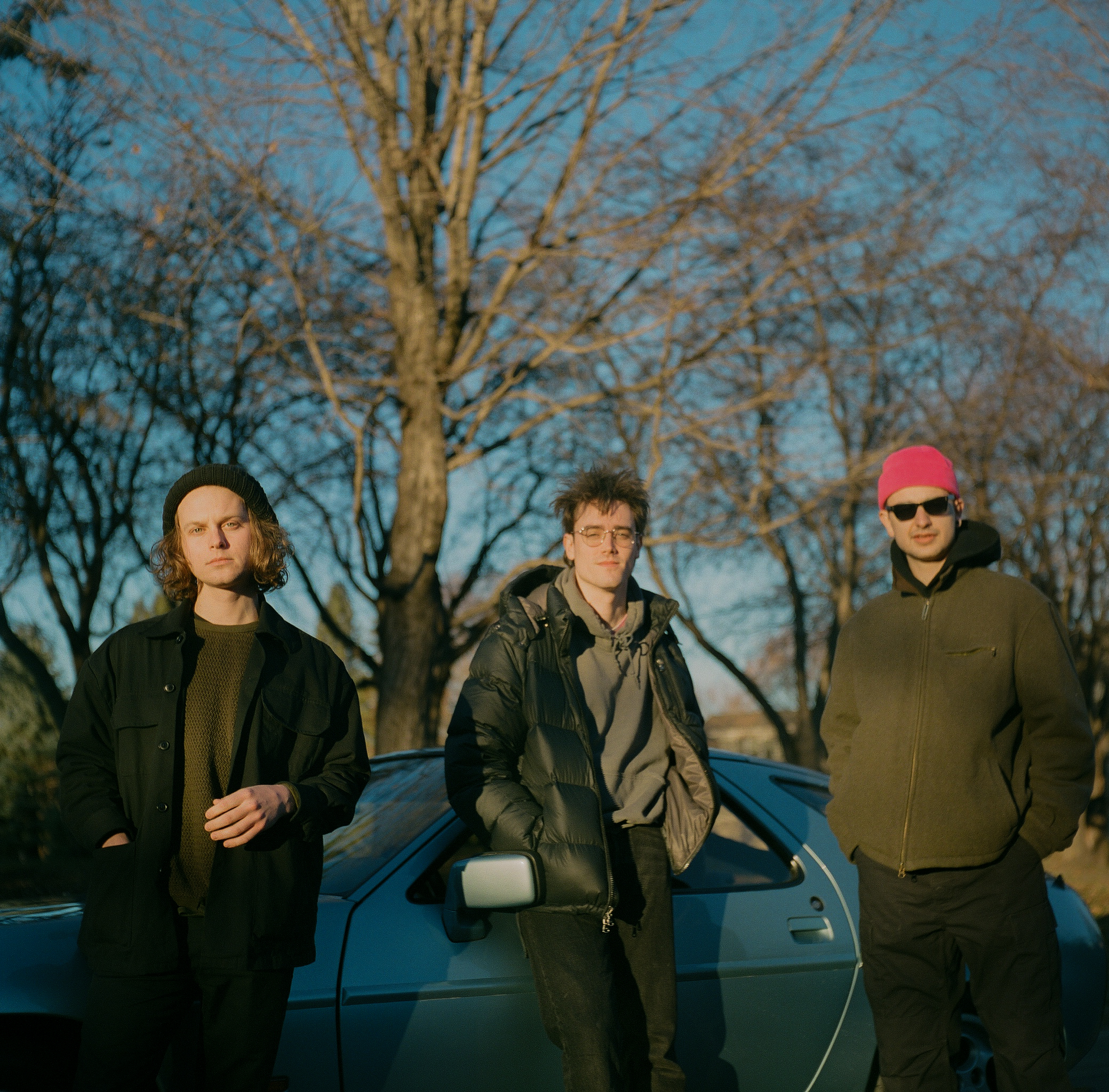 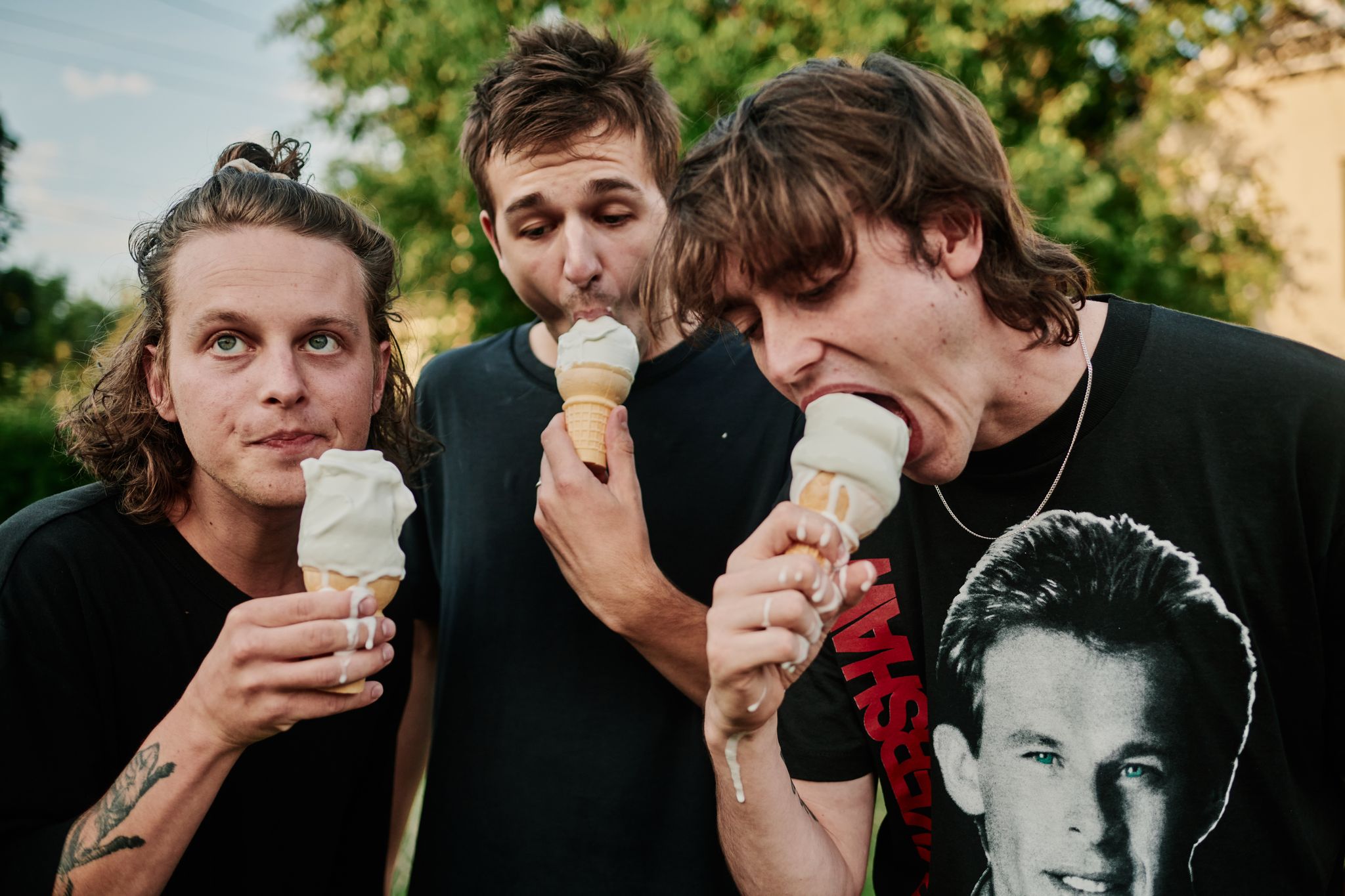 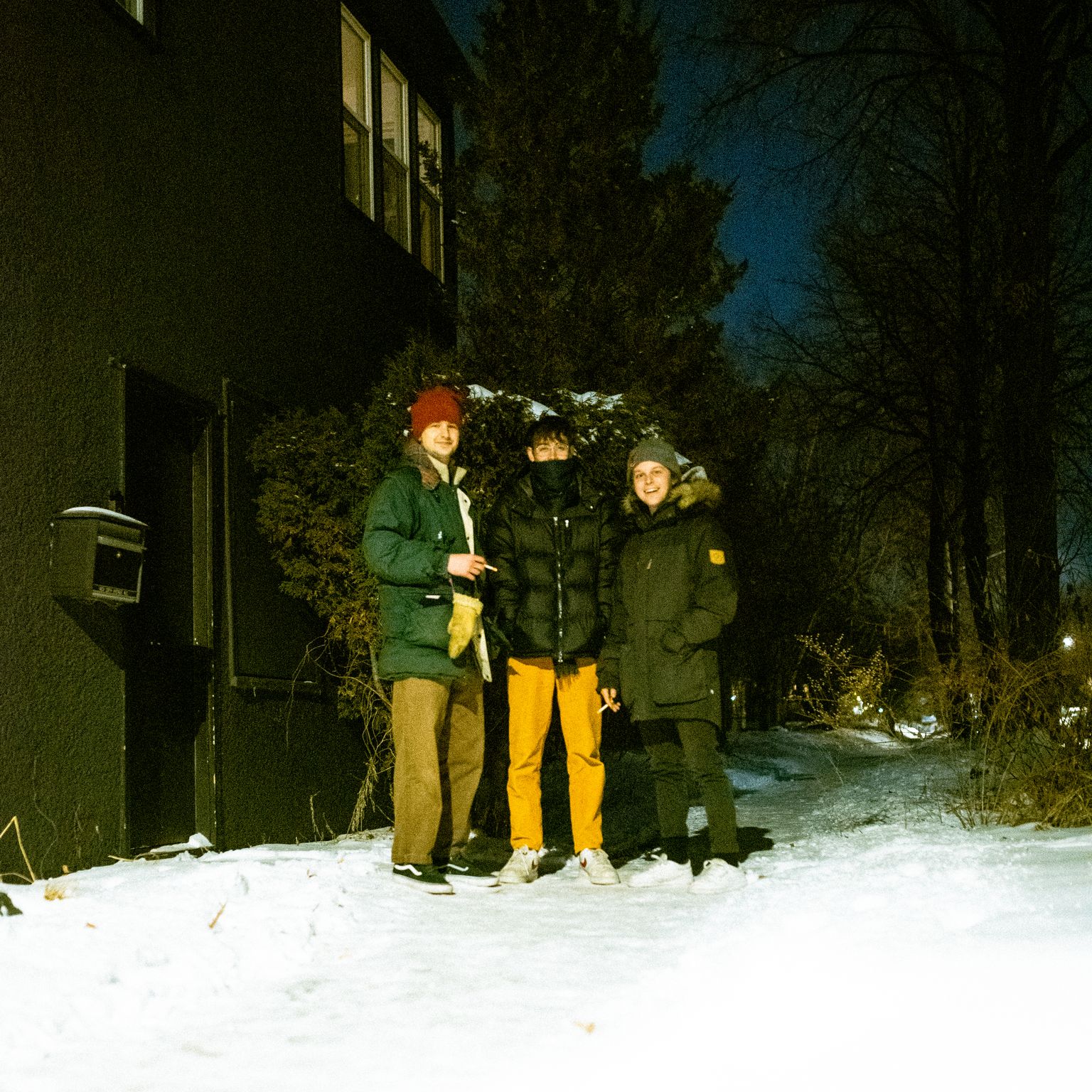 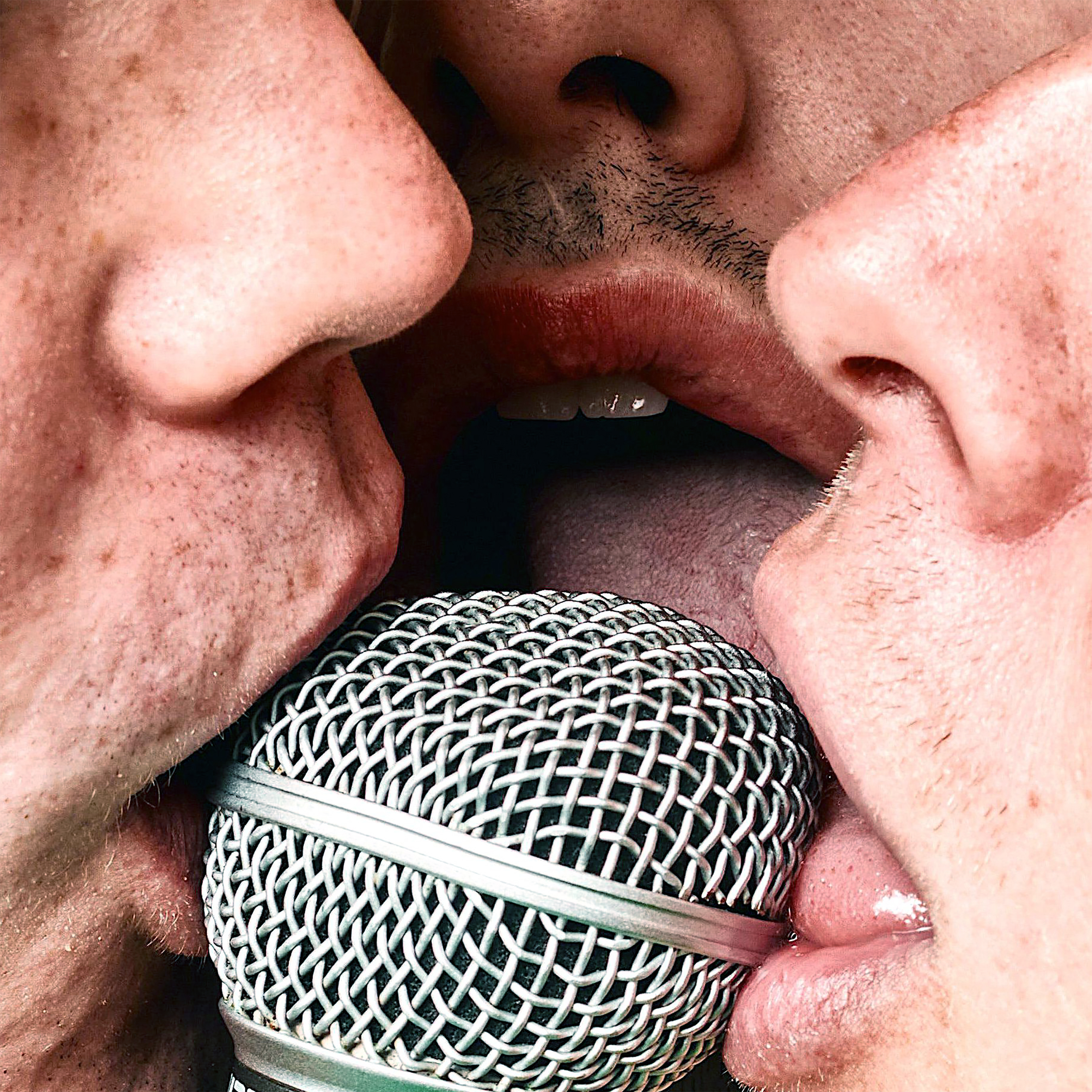