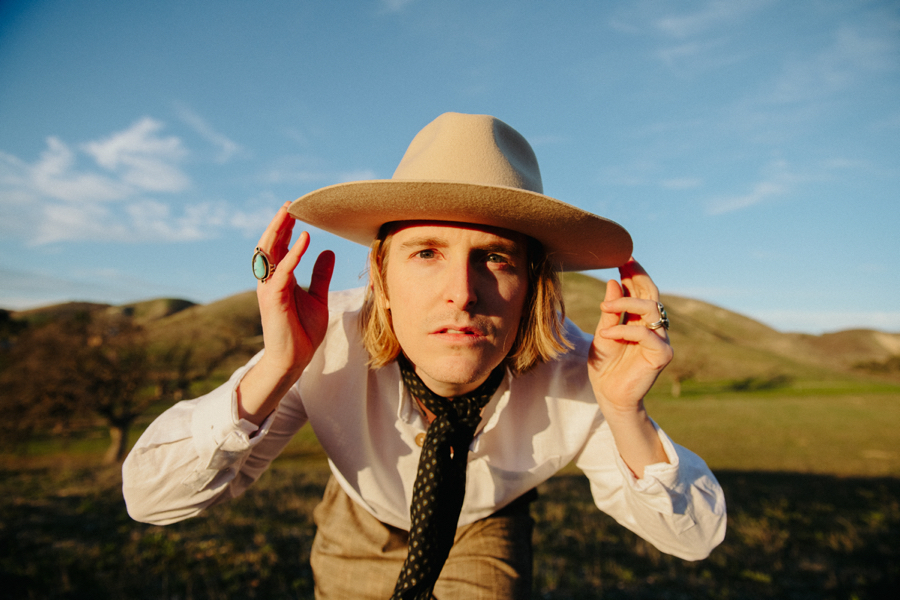 With People is both new territory for Diane Coffee, as well as a full-circle return to their roots. Shaun Fleming’s fourth album is their most intimate and personal to date, a collection of diaristic ruminations and contemplative observations of the people in their life, yet also feels universal in impact. Combining the breezy wistfulness of classic folk-rock with orchestral pop’s broad sweep, With People marks an exciting new era for Diane Coffee, chronicling an artist’s revisitation of their upbringing as they look at the horizon for what’s ahead.

The follow-up to 2019’s exquisite Internet Arms, With People came about in the early stages of the pandemic as Fleming’s songwriting took an unexpectedly personal turn. They began zooming in on not only their own emotions and experiences, but the people that have impacted their life—whether over an extended period, or through smaller, short-term interactions—many of the songs centering on a specific moment or memory from their own history. “It was a way for me to see all these people I couldn’t see, and to be with them in a time where that was impossible, in the form of song,” Fleming explains. The transportive nature of this creative process grew to encompass their upbringing in the suburbs of Agoura Hills, California, to which Fleming returned before recording as a way to recapture the feelings of their past. “Since most of the songs are about people from my hometown, I decided to fly out a week early and drive all around my old stomping grounds,” they recollect. “My school, all my childhood homes, skate spots…I took lots of pictures and even printed a few of them up to hang in the studio to keep myself in the right headspace. I wanted to feel super close to these memories.”

Once the songs started taking definite shapes, Fleming hit the studio with former Foxygen bandmate and production wizard Jonathan Rado (Weyes Blood, The Killers). “I left the demos a lot more sparse and open to interpretation than on past records. I really wanted to leave as much room for Rado to produce as possible,” they explain. The two fleshed out what would become With People in a series of sessions that were quick and artistically productive, bringing new nuances out of these ten songs as they worked together. “We wanted it to feel organic and in the moment, and to mirror the album’s lyrical honesty. It kept revealing things about me personally,” Fleming recalls about the creative process, “and the pacing of the sessions kept things fun, fresh, and open.”

The result is an album that sounds warm, nostalgic, and lived-in, like an old friend sharing closely held stories while sitting on a moonlit porch. The jangly pomp of “Forecast” addresses a turbulent on-and-off relationship (“Everyone has that one person in their life that never leaves,” Fleming explains) and features vocals from Deep Sea Diver’s Jessica Dobson, who proved the perfect match in the studio: “Our voices blended almost to the point where you couldn’t tell who was singing,” they recall.

Then there’s the bright melodic sunbeams of “The Great Escape,” which directly addresses Fleming’s Agoura Hills upbringing, and the complicated feelings that arise from returns and departures—the seemingly inexhaustible need to see more. “It’s about getting out of a small town. Agoura Hills felt small to us, and then when I was in Bloomington and writing this song, I thought ‘I gotta get out of this town as well,’” Fleming laughs. There are darker moments, too, like “Sharks,” a track whose sunny, Brill Building-esque melody belies a look at how trauma can beget trauma; the jagged, stirring “Our Love / The Run,” about learning to stand up for oneself in the most difficult of circumstances; or “Bullied,” perhaps the sweetest-sounding song about an adolescent tormenter ever laid to tape.

Although Fleming’s back in Los Angeles now, their time in Bloomington—a place in which they also ended up meeting their partner—directly influenced the orchestral grandeur of “Forever You and I,” a heartfelt ode to a loving relationship that underscores the intimacy of With People. “This is the first time I’ve done something so personal, I wanted to pull back the veil and share myself through these stories. These are a lot of the moments that shaped me,” Fleming explains while discussing the album’s overall arc. “That said, the stories are thematically universal as well.” Indeed, there’s a relatability that shines through With People, a sonically timeless, lyrically insightful album that serves as a reminder that through music, and in life, we’re never really alone. 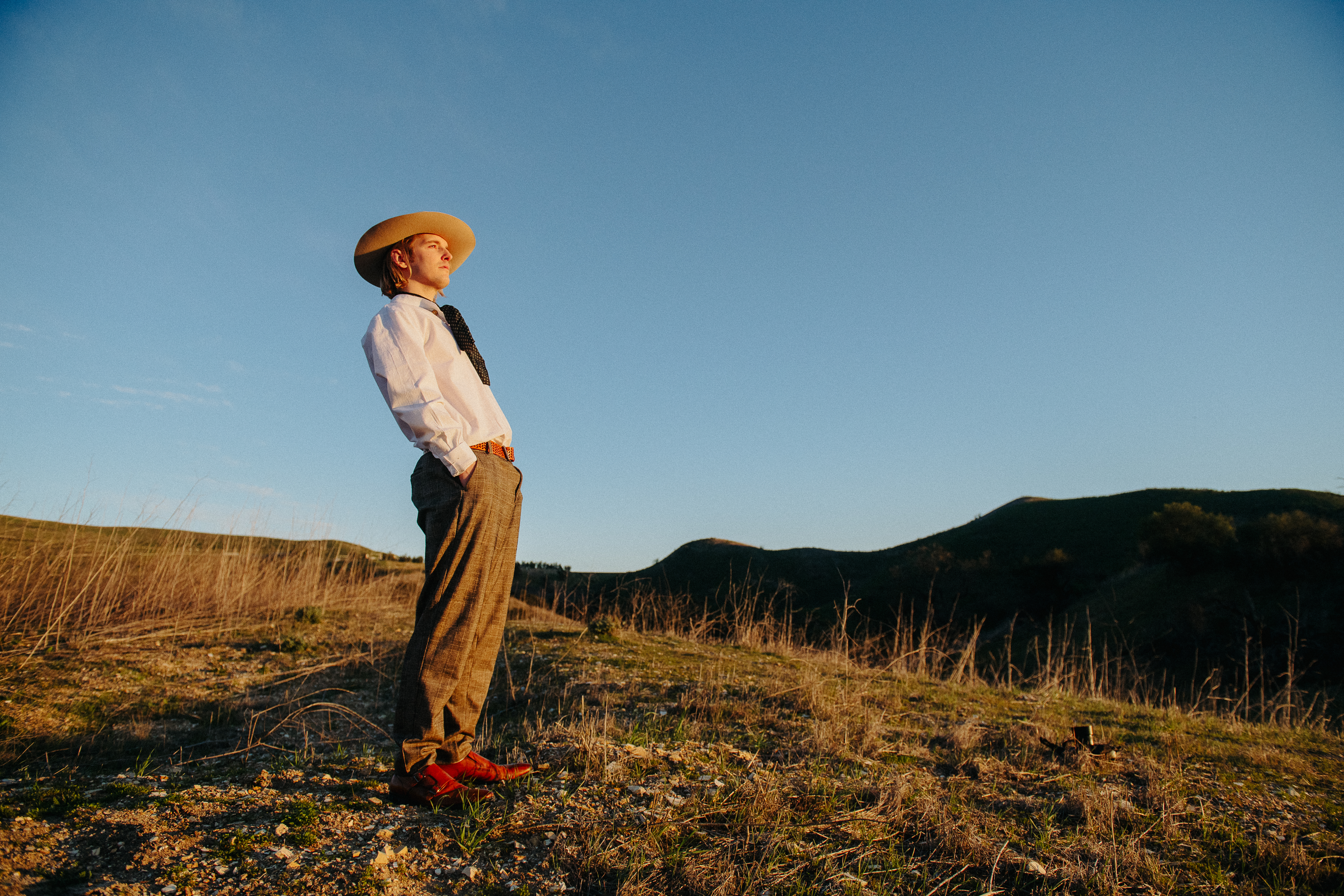 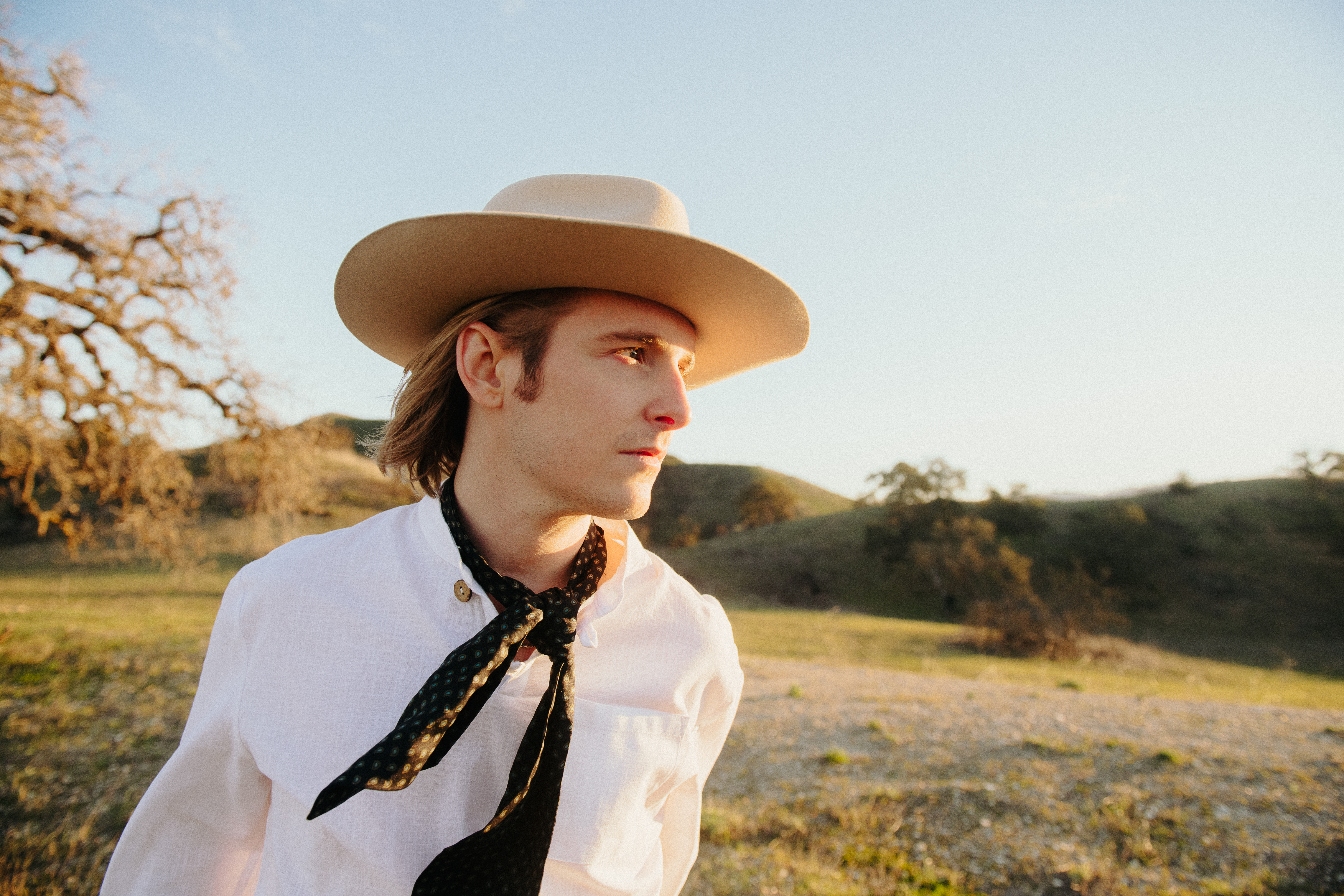 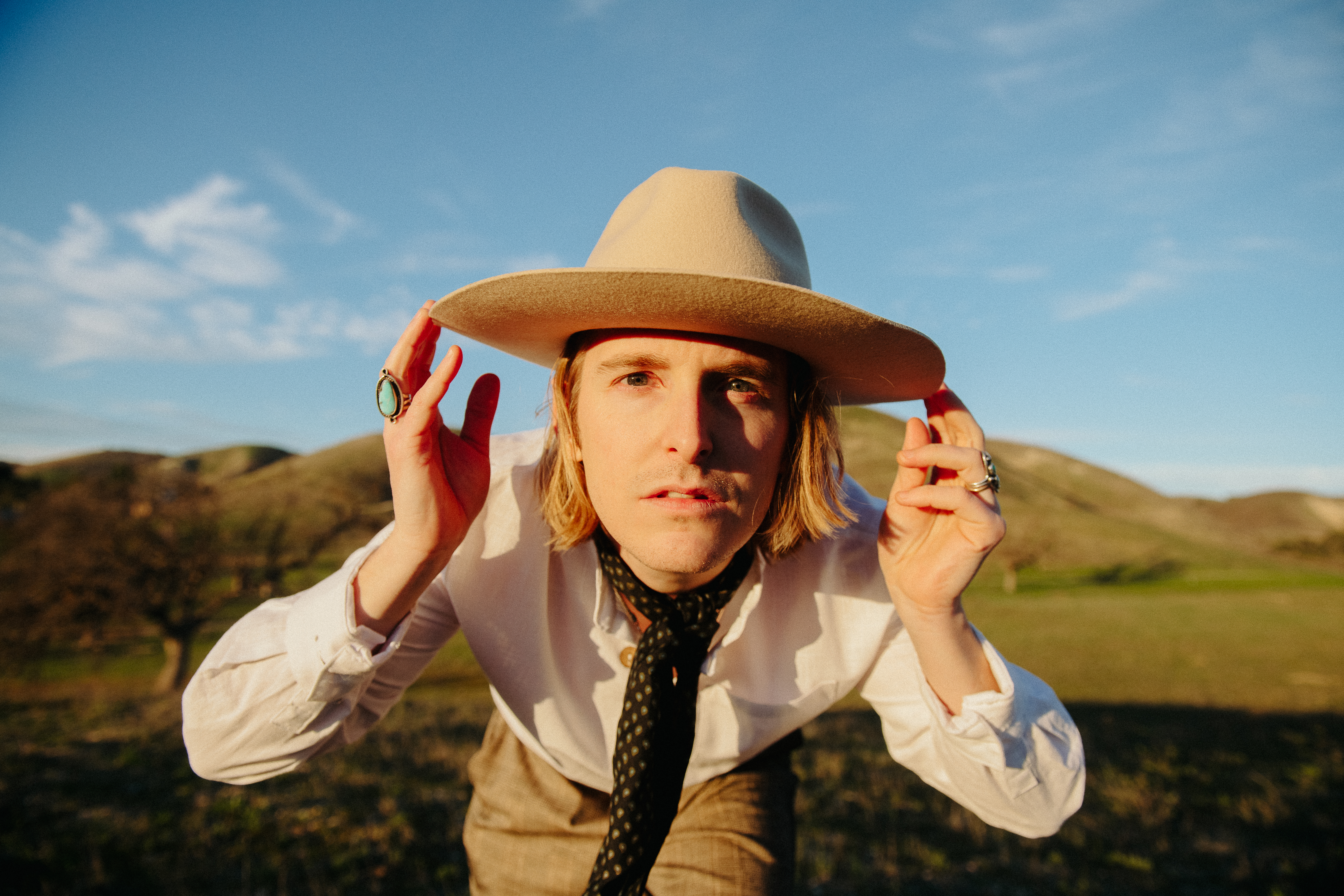 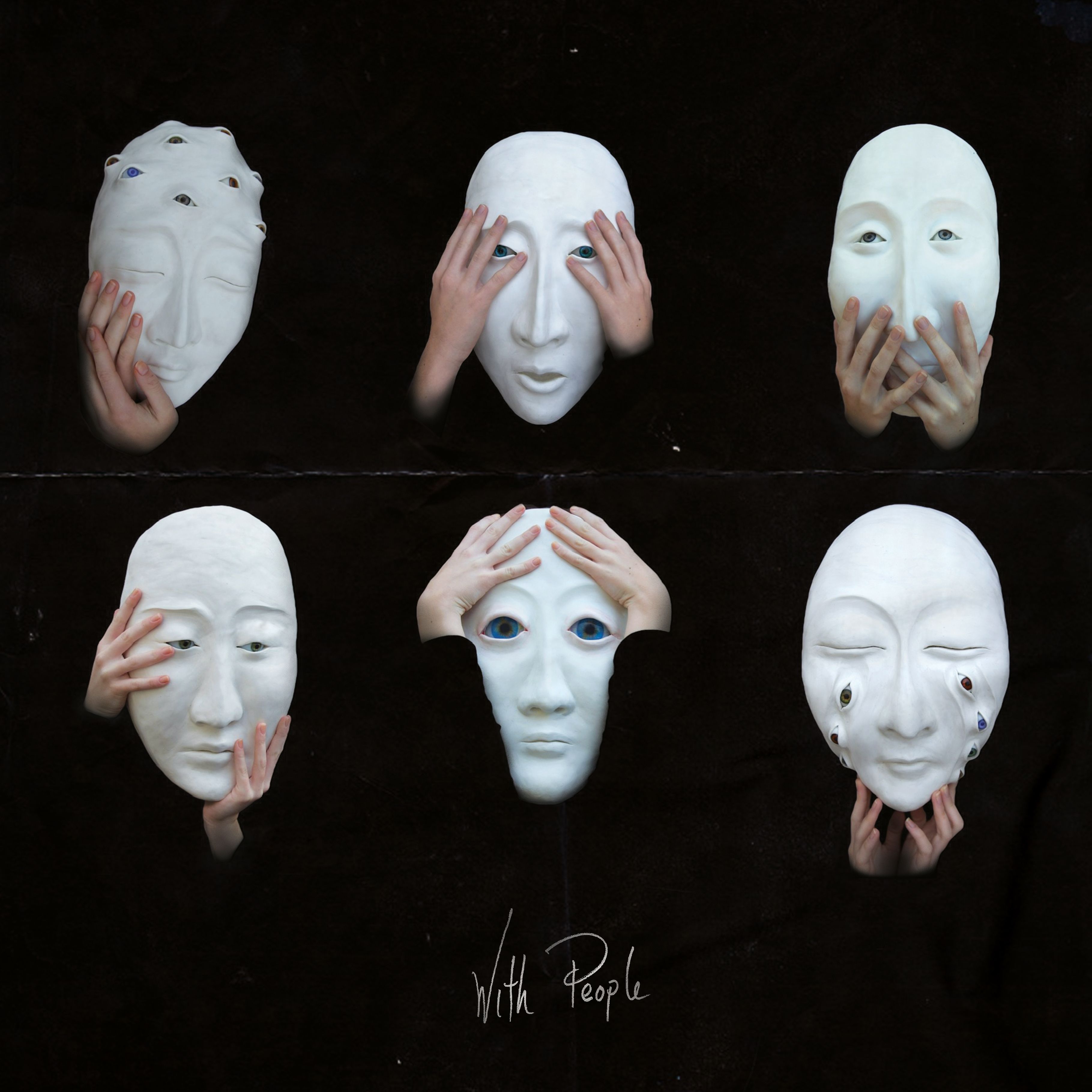