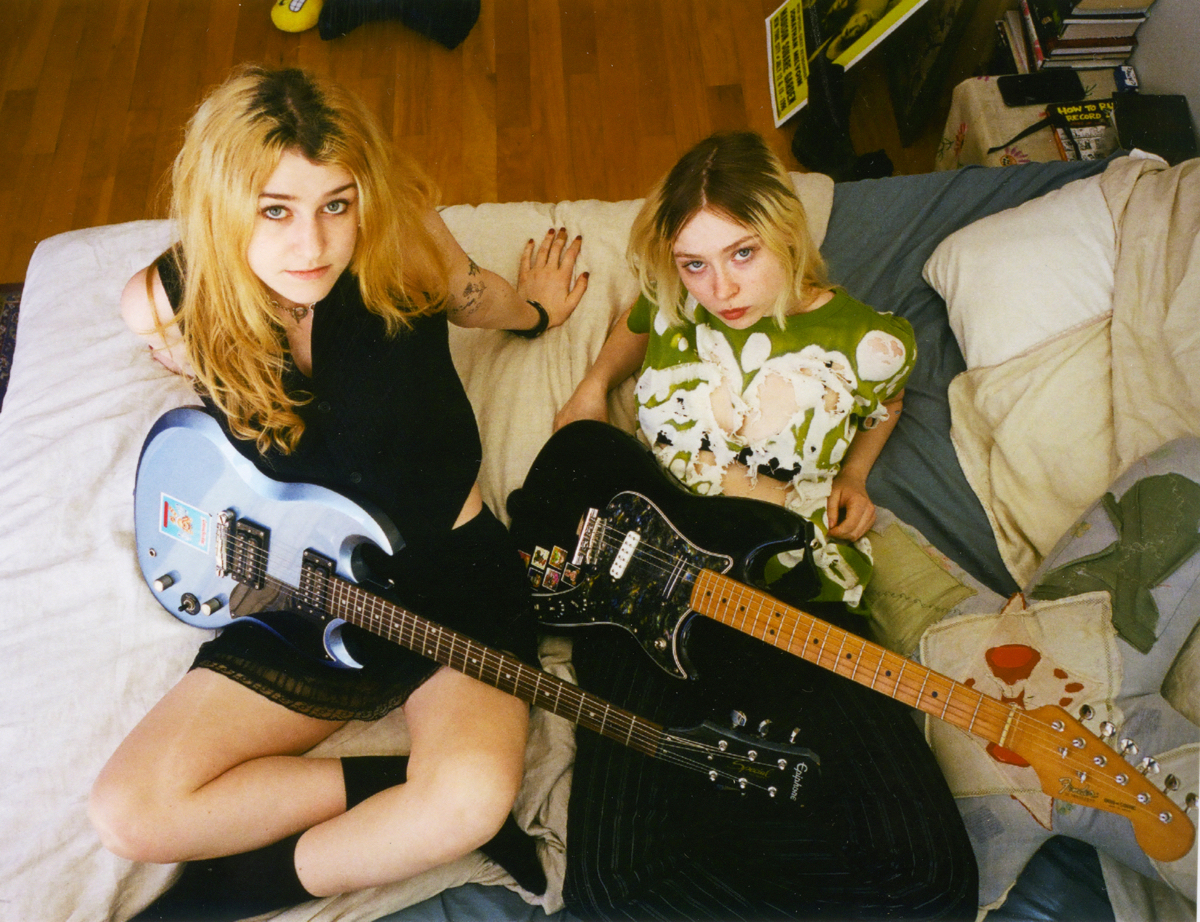 Following Momma’s beloved 2020 LP Two of Me, which introduced the world to the symbiotic writing style and profound creative intuition of founders Etta Friedman and Allegra Weingarten, the band’s third studio album Household Name reveals an exciting new chapter marked by both personal and artistic growth. Now based in Brooklyn, New York, after relocating from hometown Los Angeles, the duo upgraded from GarageBand and took their time writing and recording in a proper studio alongside multi-instrumentalist/producer Aron Kobayashi Ritch and drummer Zach CapittiFenton. The resulting album, mastered by Grammy-winning engineer Emily Lazar, is a tightly-stitched collection that is magnetic and dynamic, and also marks their debut for Polyvinyl Record Co./Lucky Number—who signed Momma in the midst of the pandemic before the band members had even finished college. In chasing their idols and embracing personal storytelling, the band has skillfully carved out their own path. Household Name showcases an unfettered vulnerability elevated by serious alt-rock bombast, and is an album that tells the world: This is Momma.

Across the 12 songs, Weingarten and Friedman, who met and formed Momma in high school, cull lyrical inspiration from their own lives for the first time–a contrast with the conceptual fiction of Two of Me. “I went through a lot of changes as we were writing and demoing this record. The biggest was that I was going through a really messy breakup, which was motivation to make this record the best it could be. I really felt like I had something to prove,” Weingarten says. “I wanted to write about heartbreak, which isn’t something we normally focus on in our lyrics. Etta and I ended up writing several songs on our own because we were having two really different experiences during this time. It’s the first record where we each have three songs that we sing solo on.” Friedman adds, “After making Two of Me, I think this album couldn’t help but to get personal. This was the first time all of us worked together throughout the entire process of demoing, recording, etc. We’ve never had the luxury to work this intimately together for such a prolonged amount of time.”

Bygone heroes also helped inspire a lyrical theme throughout Household Name: the rise and fall of the rock star, and the tropes and tribulations that come with that arc. The theme allowed the group to celebrate (and, in some cases, directly reference) icons like Nirvana, Pavement, Smashing Pumpkins, Veruca Salt, and the Breeders’ Kim Deal, while weaving in their own perspective and experiences. “It became a little game like, ‘Oh this is the ‘Cannonball’ moment or the ‘Drain You’ moment,’” Weingarten recalls of the writing process. “Having that, because we’re all nerds, gave us motivation to keep writing different kinds of songs, and also created focus so that we’re not just presenting scattered ideas. Our guitar chords aren’t classic grunge chords; as Momma, we have our own style.”

“Lucky,” one of the album’s standouts, was written when Friedman was across the country from their partner, and draws inspiration from Liz Phair’s “Nashville.” “She so perfectly put into words how mundane life can feel the most blissful when the person you love is around,” Friedman remembers. “I think harping on that thought, and missing my partner so much, is what helped write ‘Lucky.’ I can be lazy, boring, brushing my teeth, naked, half awake, and still get butterflies from them. I just felt like a real winner to be in love with my best friend.” Meanwhile, “Motorbike,” sung by Weingarten, expresses a different, illusionary side of young love. “I was hung up on this guy who I thought was super cool,” Weingarten recalls. “The song ended up being purely fantasy - I was writing about all of these scenarios that didn’t actually happen, because this guy really wasn’t giving me the time of day. But it all felt real in my head - once you write out the lyrics, rewrite them, demo, and redemo a song, you forget that these weren’t real experiences. It becomes a part of you."

Although Household Name was mostly inspired by the musicians’ own lives, much of the album embraces a satiric sensibility with its tongue-in-cheek rock culture references. “No Stage” is told from the point-of-view of a jaded rock star who desperately wants to make it big ("If I’m famous for the night / I’ll be lonely all my life"), and the triumphant highlight “Rockstar” is about a reverent fascination with Tenacious D’s over-the-top, comedic preoccupation with being ‘The Best Rock Band of All Time.’ Co-written with producer Kobayashi Ritch (whose indelible guitar riff demos served as the song’s foundation), “Speeding 72" details a fast burning romance between two kids who meet at a show and then go for a ride, referencing Pavement’s “Gold Soundz” with nostalgic admiration.

After collaborating on every aspect of the songs—from writing to arrangements—Momma recorded Household Name at Studio G in Brooklyn and Kobayashi Ritch’s home studio in Los Angeles. Kobayashi Ritch took on the roles of producer and mixer—like Flood on Smashing Pumpkins’ seminal Mellon Collie and the Infinite Sadness—aiming to embrace all the band’s ‘90s influences while also bringing the sonics forward with a contemporary freshness. “Artists like Nirvana and Liz Phair were obviously huge influences for this record, particularly in the songwriting, but I drew just as much inspiration from artists like Frou Frou, Linkin Park, Pinback, and Garbage. That era of popular music was really inspiring to me because those artists celebrated the production instead of hiding it away, and it made the music feel energetic and daring,” he explains. “I wanted to bring that mentality to Momma, and make this album feel intentional and complete. I also wanted to make sure we weren’t just making a throwback record. While our influences are definitely noticeable, I think the different sounds and vibes and songwriting help it read as something new and exciting that only Momma could make.”

Household Name perfects a balance of heavy riffs, deep emotions, inviting sonic production, and a lighthearted, wry sense of humor, creating a singular lane for Momma in today's world of alt rock. The album introduces a thrilling new era of the band to not only listeners, but also to the members themselves. “There have been so many times where I have begun to write words to a tune, just out of pure emotion from something I experienced, and I don’t actually realize how I feel about the situation until I listen back to the lyrics after a few days,” Friedman notes. “So, when an artist gets personal in their music, it seems to me that the listeners and the artist are having the same experience at once, which is a better understanding of the writer as a whole. That’s what I want these songs to give to the listener: a true introduction to all sides of Momma.” 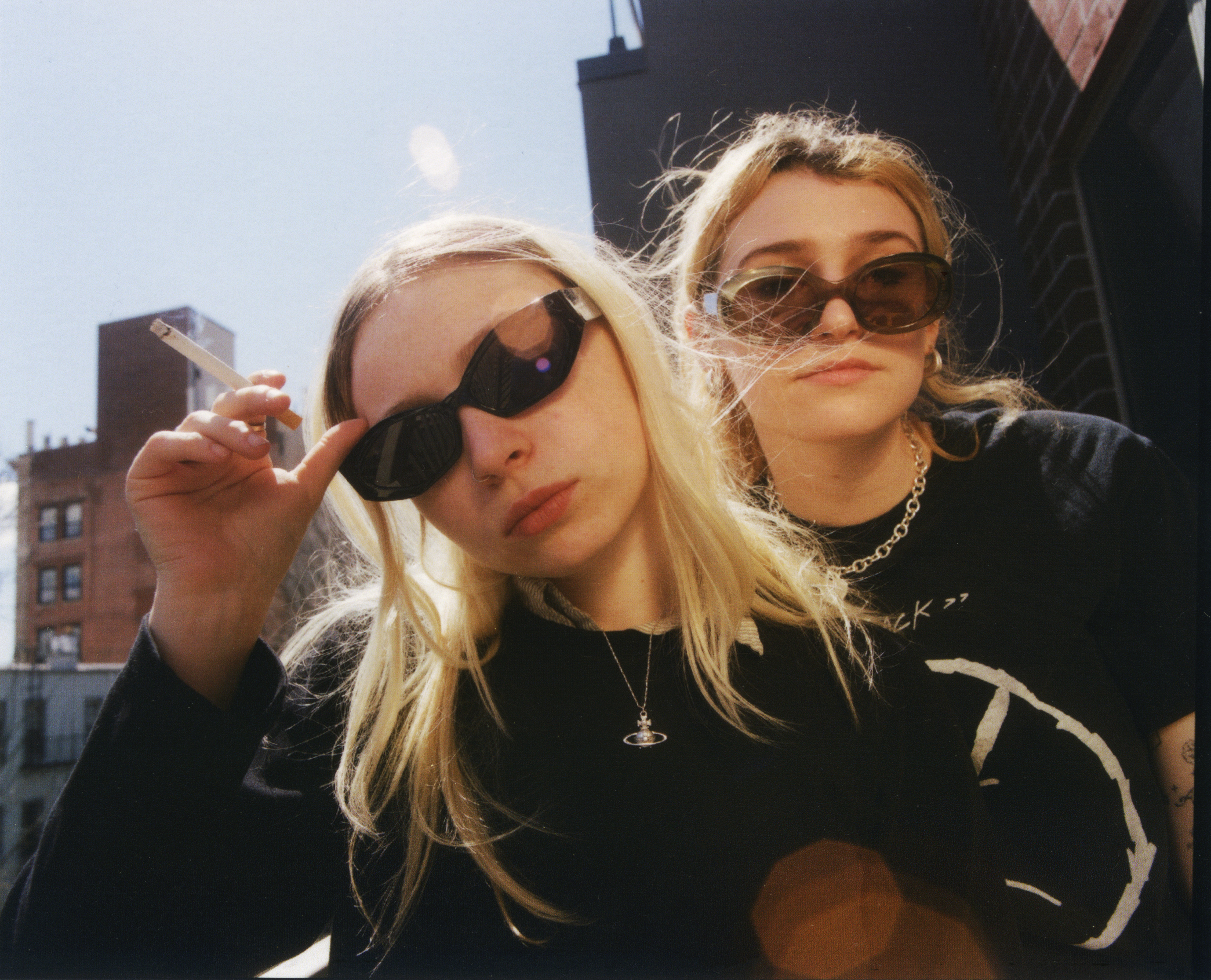 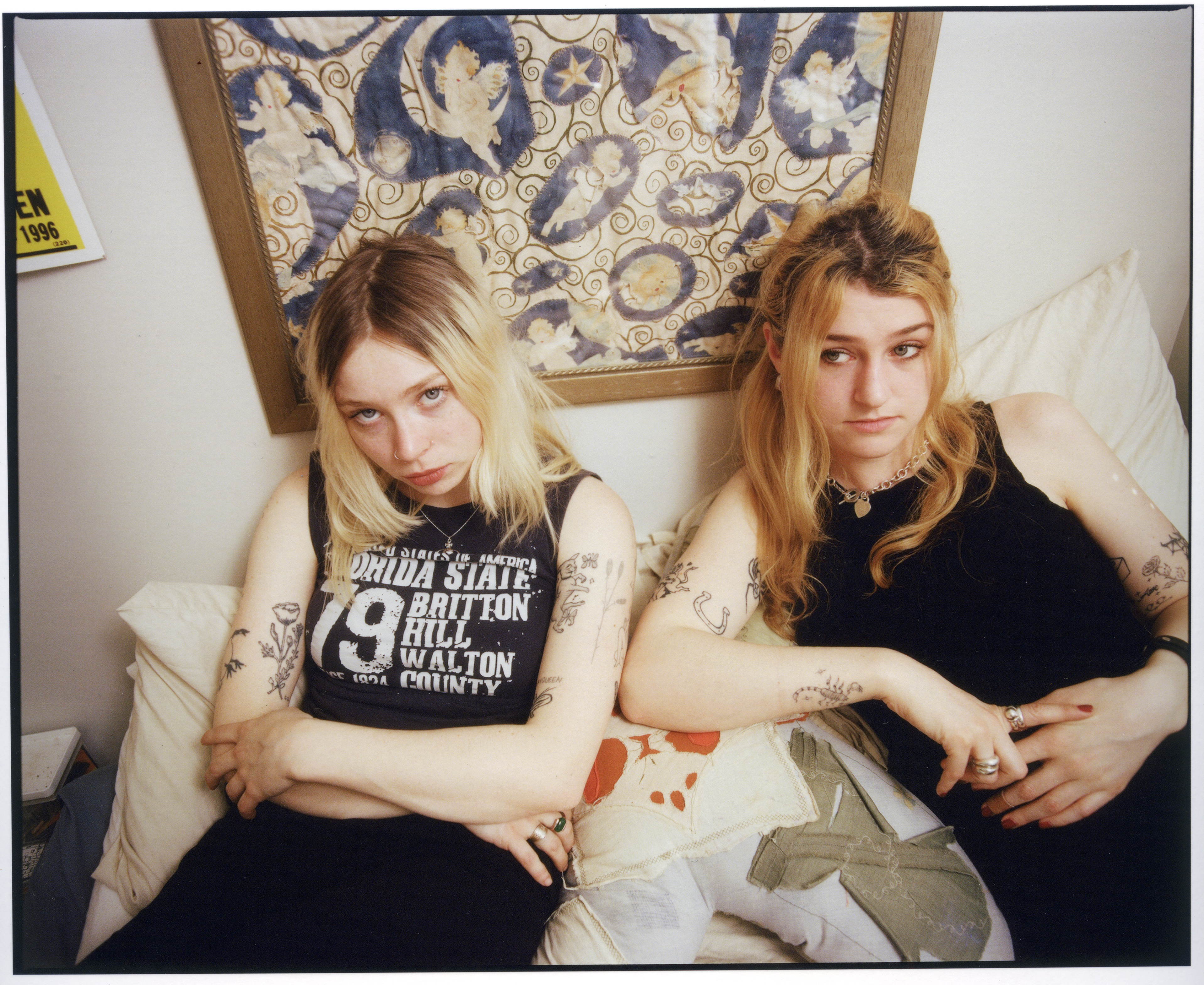 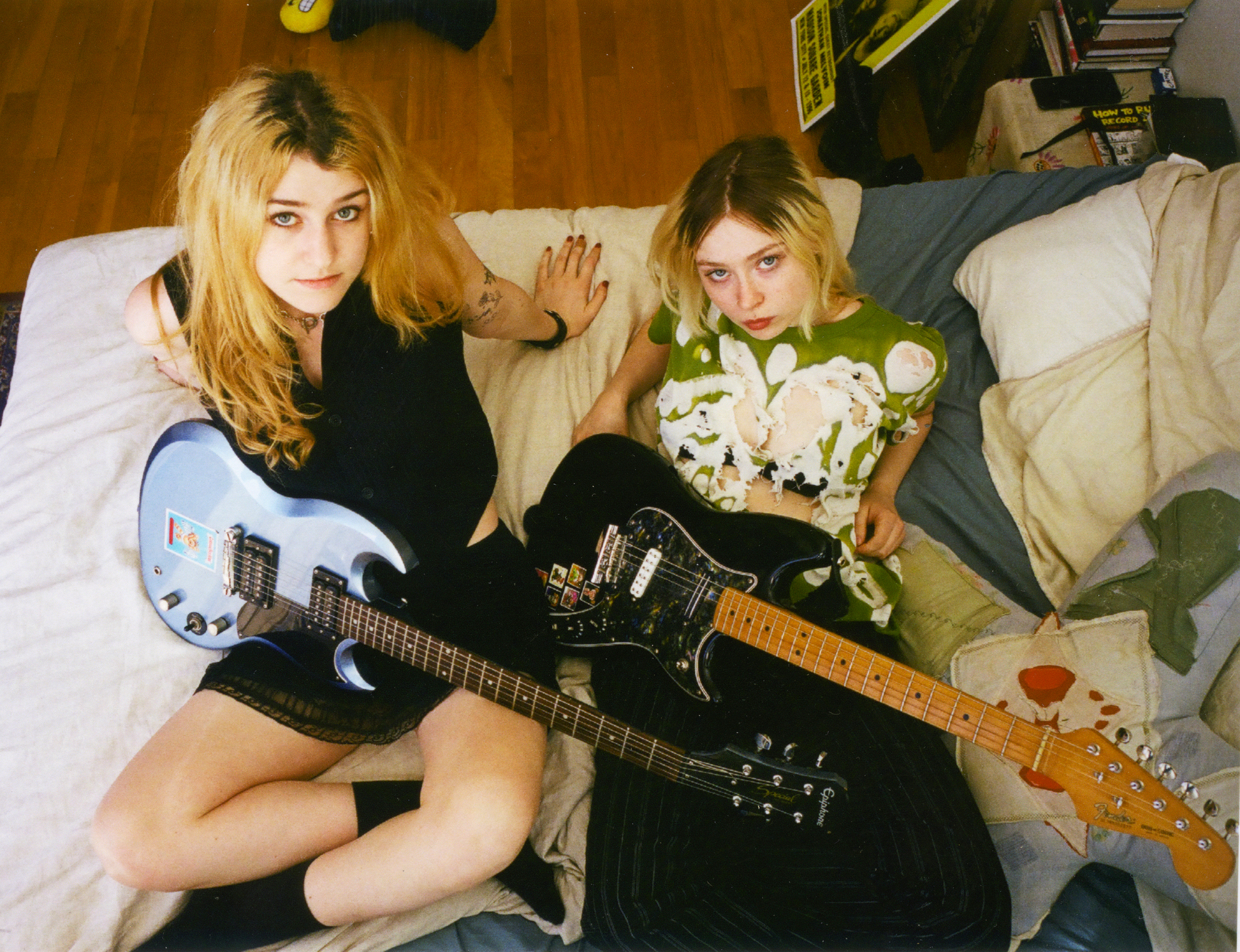 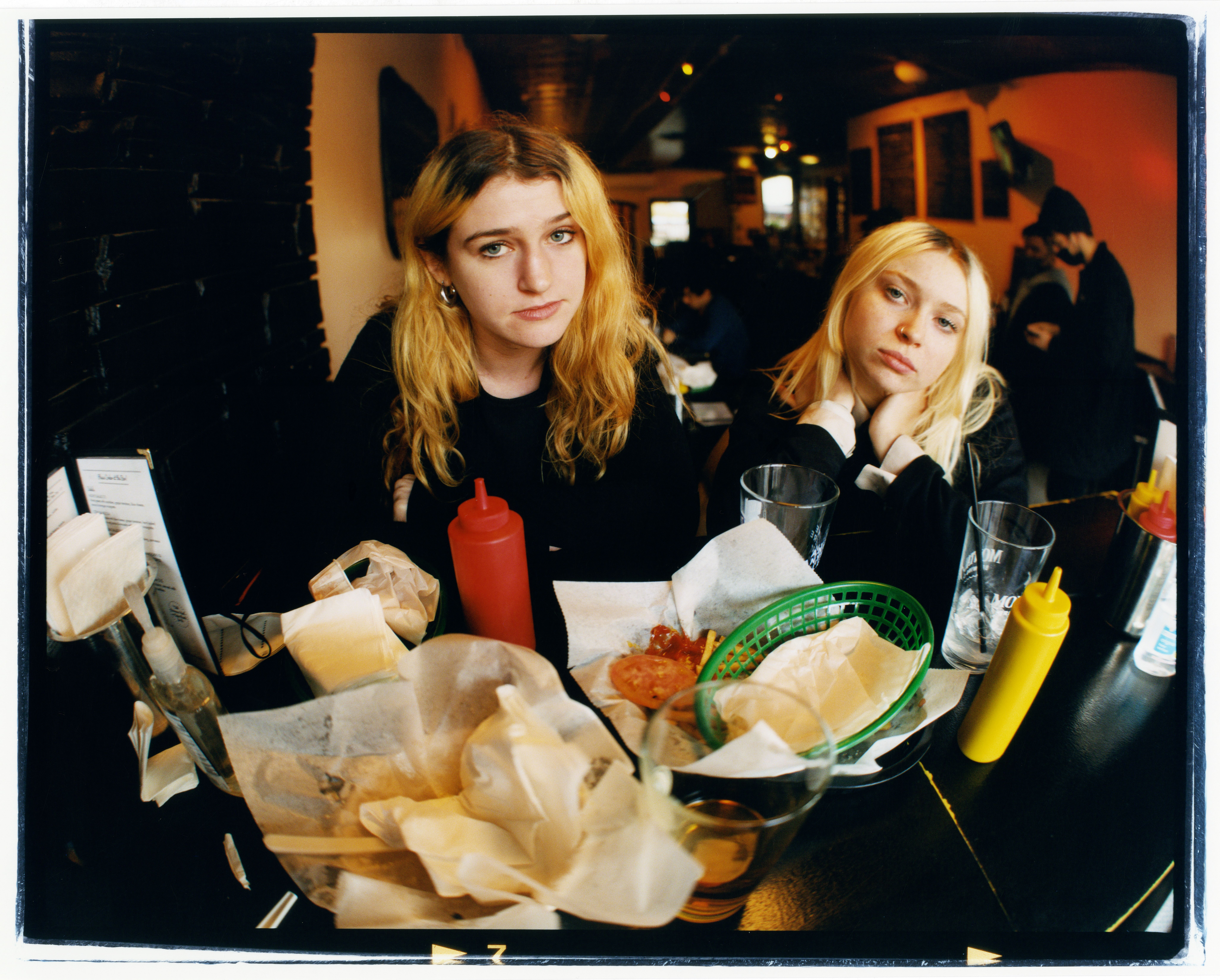 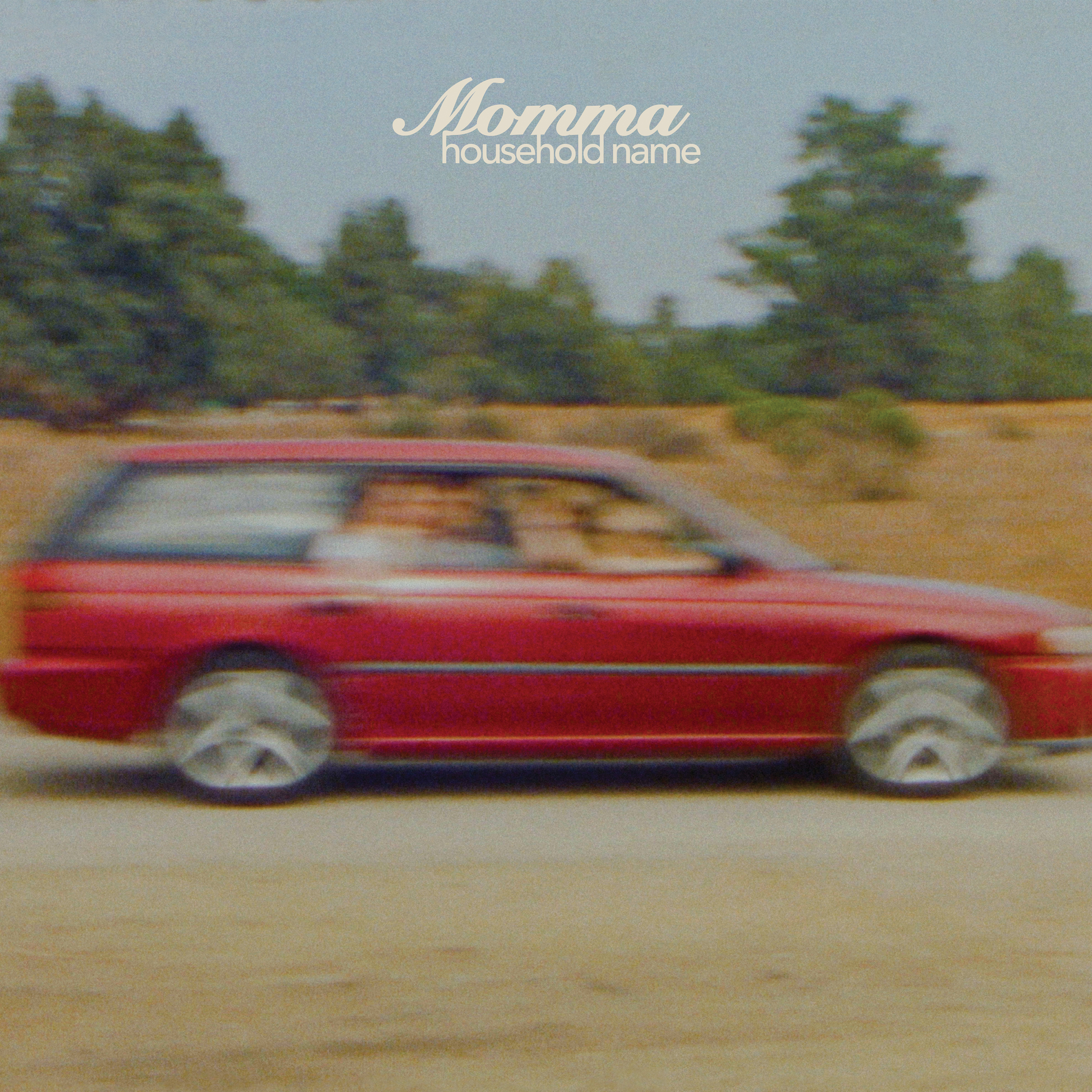