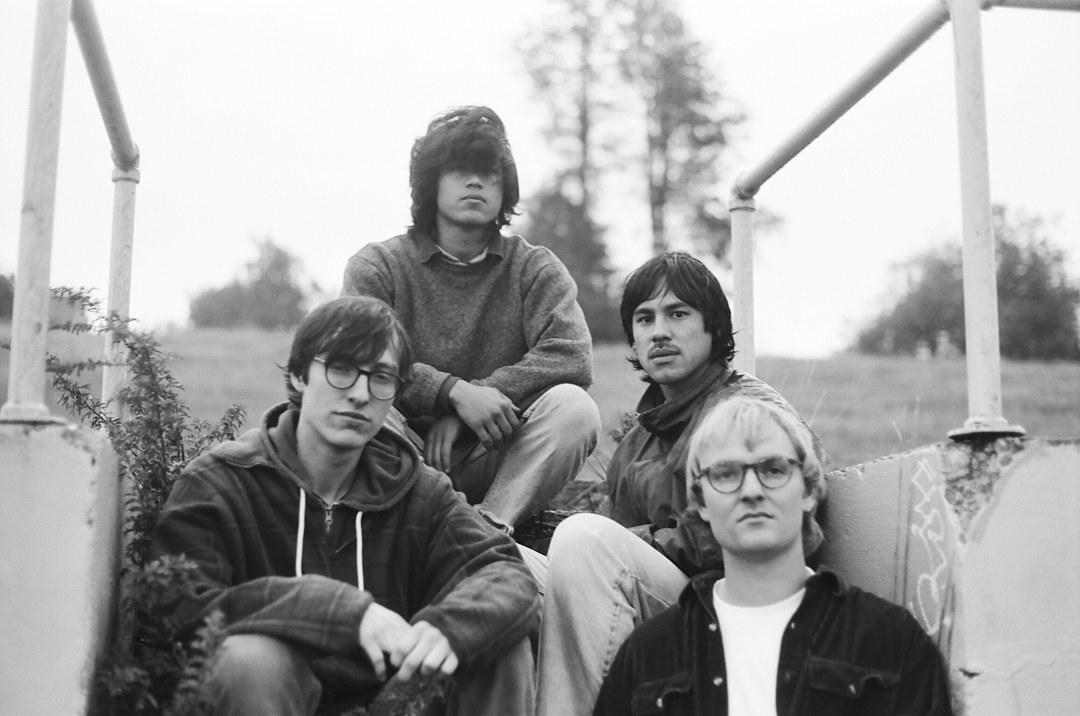 New To You Bio
By Macey Wolfer

Bread Pilot began in 2011 in a Connecticut basement, where high schoolers Taylor Hayden (guitar/vocals), Stephen Ibanez Jr. (guitar/vocals), and Evan House (drums) began regularly playing music together, shattering china cabinets with rhythmic vibrations along the way. Meeting at one of the many basement shows Hayden hosted at his mother’s Southbury home, the three bonded over Animal Collective’s freeform writing style, and discovered their shared appreciation for textured, atmospheric music. After years of writing and touring, they tossed out many of their original tunes — hours of long jams, screams, and scattered arrangements — but several pieces still begged for the attention they deserved. Those songs make up New To You, Bread Pilot’s full-length label debut that maps out a decade of memorable places and momentous occasions, while exploring life’s most intimate emotions through detailed and dynamic arrangements.

Allured by the grandeur and nature of the Pacific Northwest, the band made the cross-country move together to Seattle, Washington. With Levi Nattrass (bass) now in the mix, the four shared a mutual admiration for The Microphones, and were eager to record at The Unknown — an old Catholic church-turned cozy recording studio in Anacortes, Washington, where Phil Elverum brought his personal, intimate, and wrenching songs to life.

The Unknown’s Anacortes backdrop made it easy to connect and record songs so rich with atmosphere and personal significance. The studio was surrounded by panoramic views of nature, parks, and quiet small-town life, reminiscent of the band’s youth in Southbury. Tracks like “Crook” and “Plat” are named after suburban landmarks from their early days: Crook Horn Road, where Hayden hosted basement shows in high school, and Platt Park, where the band often escaped to for some shared peace. Even the title, New to You, alludes to Hayden’s grandmother’s antique consignment shop, a permanent etching in his mind.

The songs on New to You are pins on a map, sonic encapsulations of the distinct thrill of new places and the mundanity of familiar ones. “The intimacy and vulnerability of these songs is something we were maybe a little scared to go fully fledged into in the past,” Ibanez recalls. “They feel really close because they are a time capsule of us as a band before our move. I had some of my first truly euphoric experiences alone at Platt Park, feeling at peace and connected to the earth.”

Following a solo camping trip in Washington, Ibanez wrote “Sammy” after being humbled by the scenery (So you race away / along the valleys of purple mountain comfort) and feeling the pressure to enjoy joyous moments in solitude, ultimately giving in to the insight the experience presented (And you’ll only learn / alone and out of touch / with the world around you). Like many songs on New To You, the song ends in a cinematic swirl of instruments that showcase Bread Pilot’s attention to detail. Fused together by a lap steel solo, “Sammy” leads seamlessly into “Crook,” an undeniably playful track that ventures through energetic highs and slow lows. “Droopee,” the oldest song on the record and one of the first Ibanez ever wrote, succinctly displays Bread Pilot’s knack for repurposing old ideas through a new perspective. Beginning as a guitar loop in Ibanez’s dorm room, the song went through countless iterations before reverting back to its original form, performed with a newfound confidence and clarity.

The band worked tirelessly with producer/engineer Samuel Rosson (Great Grandpa, Death Cab for Cutie) to distill a decade’s worth of material into something new. Their grueling attention to detail kept them all recording in the Unknown for a week straight. Hayden likened the recording process to a puzzle: “We had to find the pieces to each song, then let them sit. It was honestly a pleasure fitting all the songs together.” Despite the exhaustion of 16-hour tracking days, Bread Pilot found time to explore, skateboard, and dance around the studio. “We’d all laugh a lot,” he remembers. “It was such a rush.”

Though Ibanez and Hayden brought new levels of introspection and solitude to their songwriting, Bread Pilot’s ten years of chemistry and companionship radiate from their performance. Their gentle and earnest harmonies reveal years of deep friendship and connection: on lead single “Skin Day,” the band weaves through effortless harmonies and muffled screams, further accented by layers of guitar reminiscent of Bread Pilot’s ‘90s indie rock predecessors. The jazz-inflected “Eye Listening” employs a saxophone and tiptoes through a tender arrangement before erupting into repetitive shouts of sincere emotion.

Catching the attention of Brooklyn indie label Double Double Whammy, New to You stands not only as Bread Pilot’s official debut, but as a testament to how far the band can push itself to reach its full potential — a blend of songs that are poppy and catchy, but non-traditional and non-linear. The album’s softness and tenderness are juxtaposed with emotion too strong to hold back, and too intense to be hushed. Packing 10 years of life experiences and influences into one album, Bread Pilot put their own twist on what it means to make undefinable pop songs. New to You may be steeped in seclusion and introspection, but never enough to detract from the deeper purpose of finding beauty in despair. 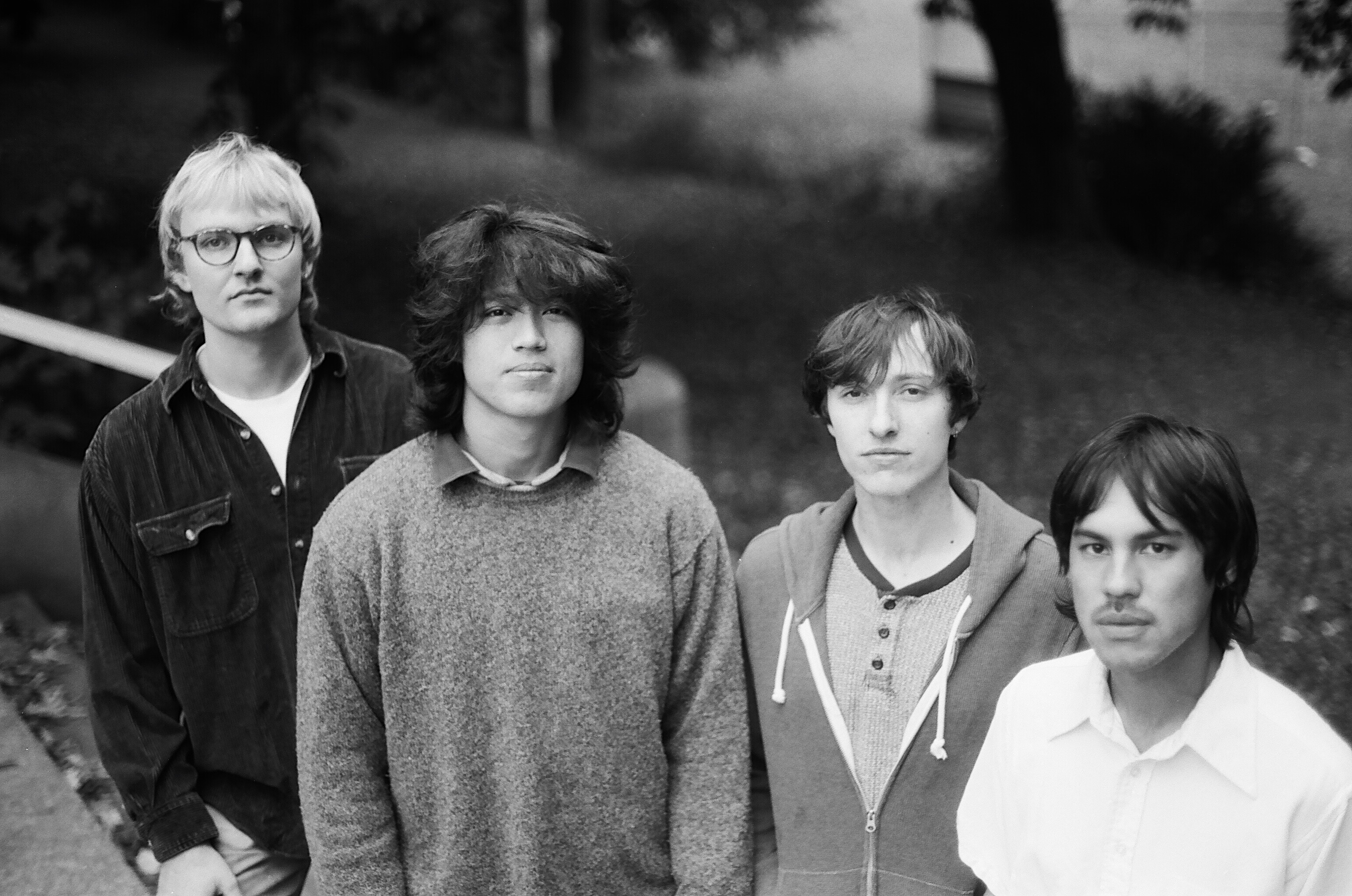 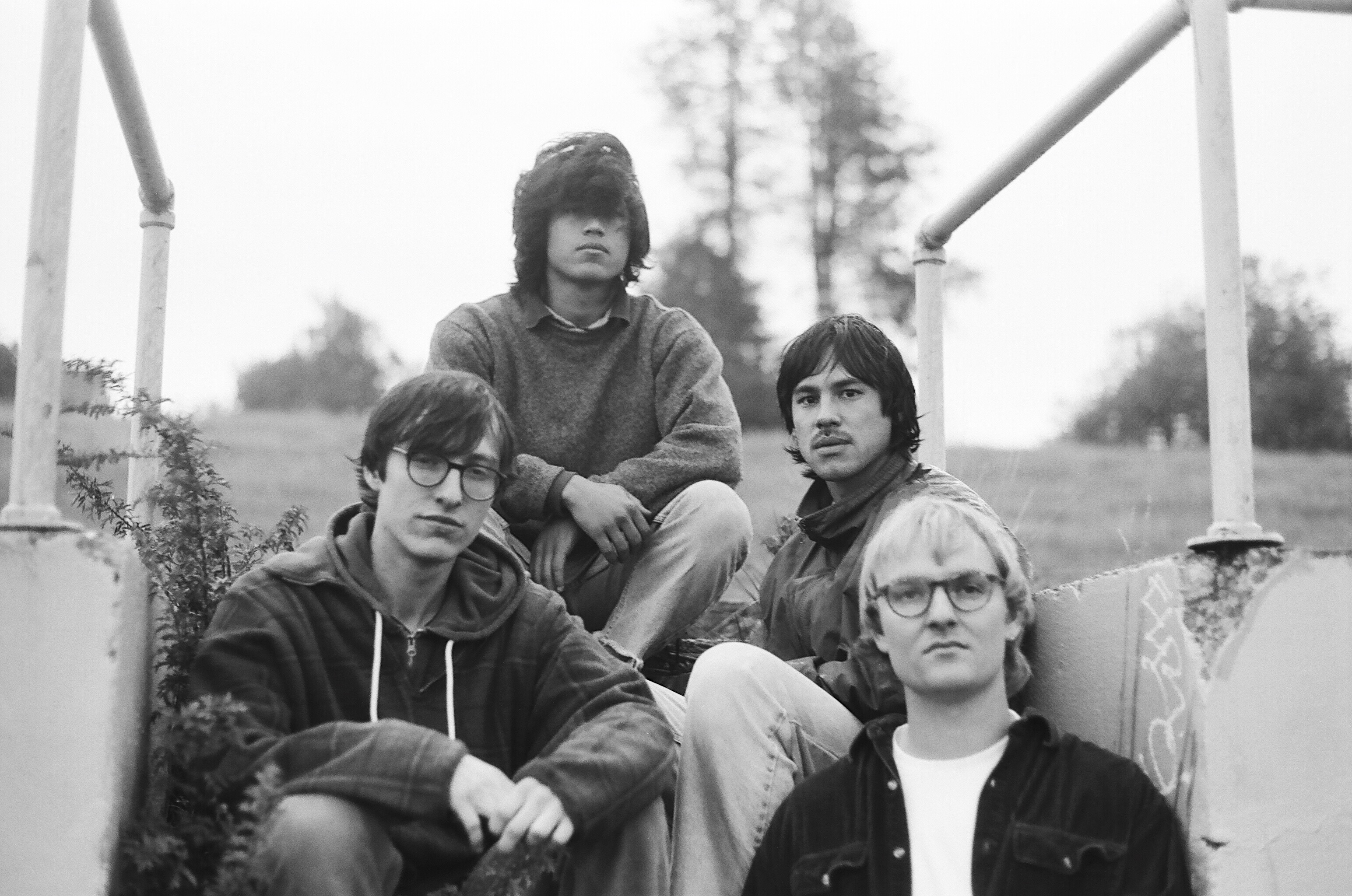 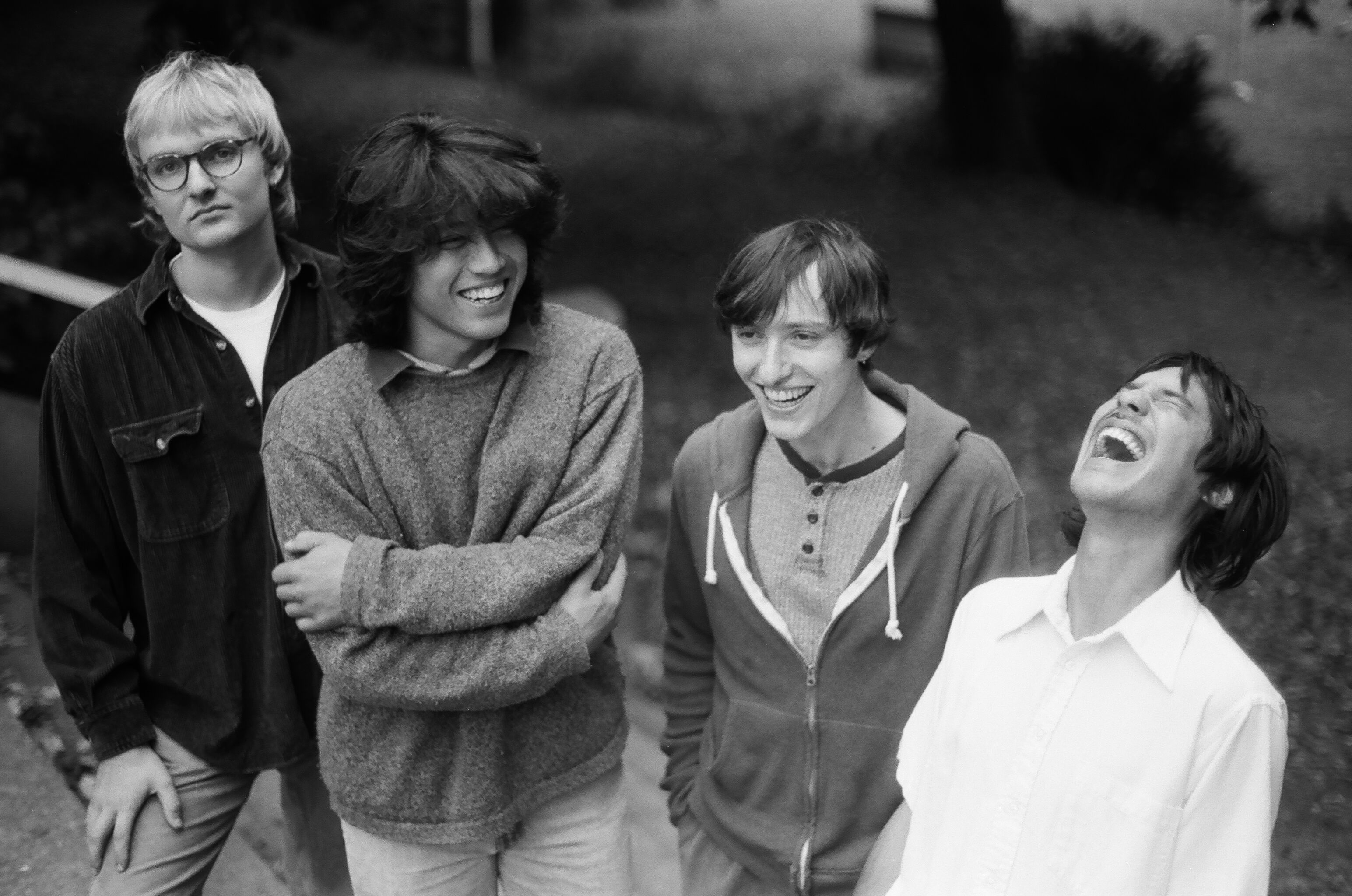 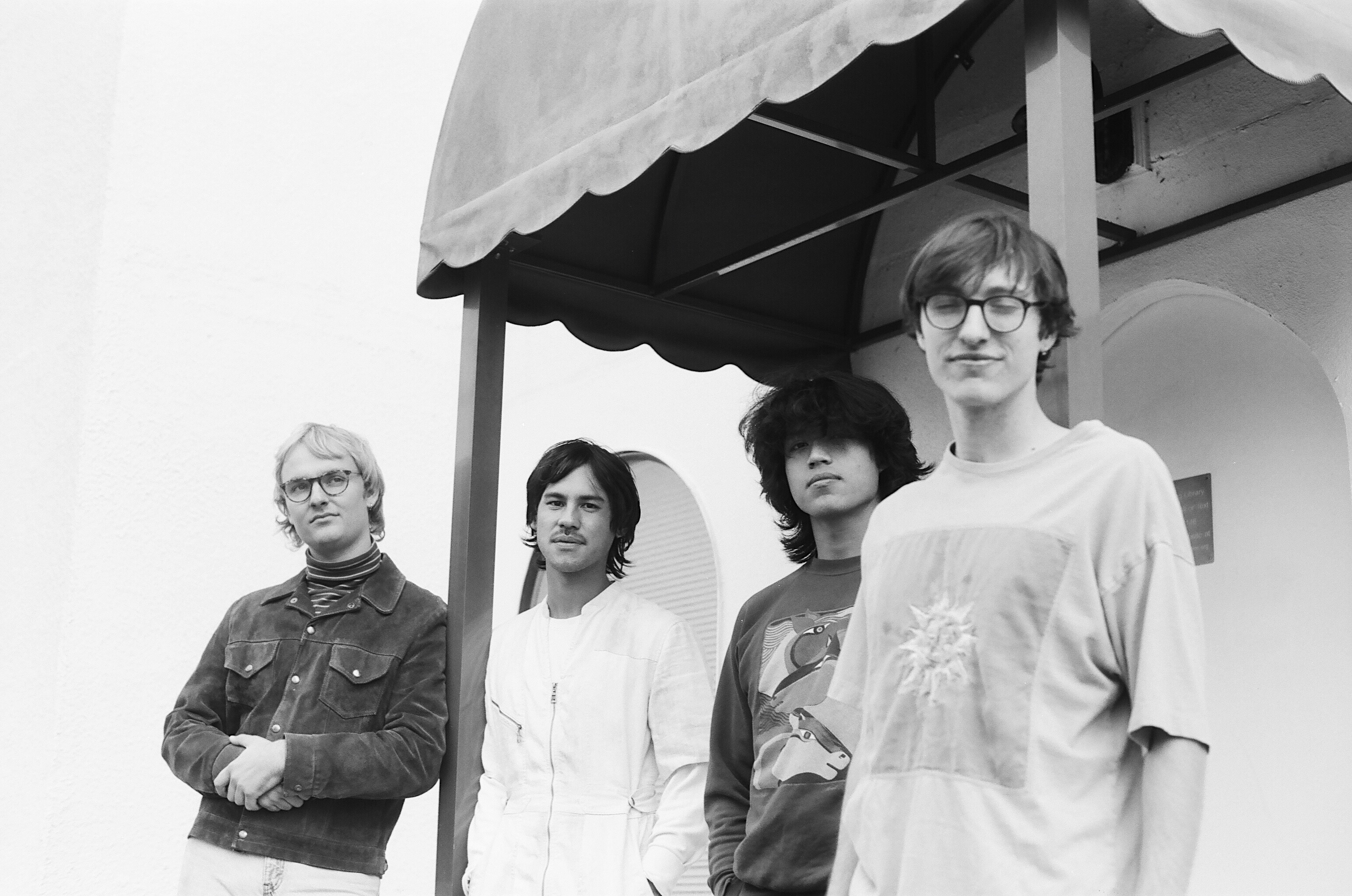 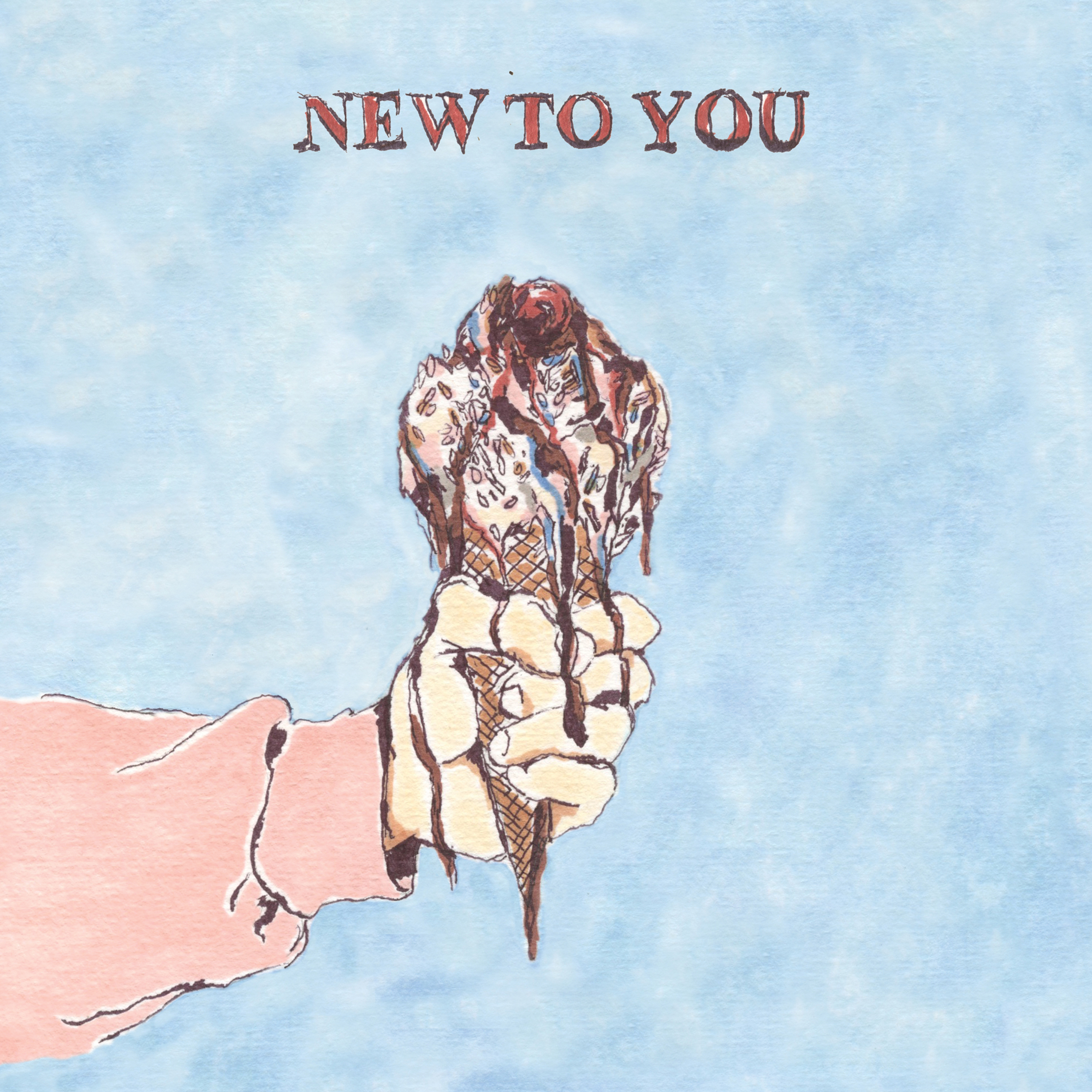