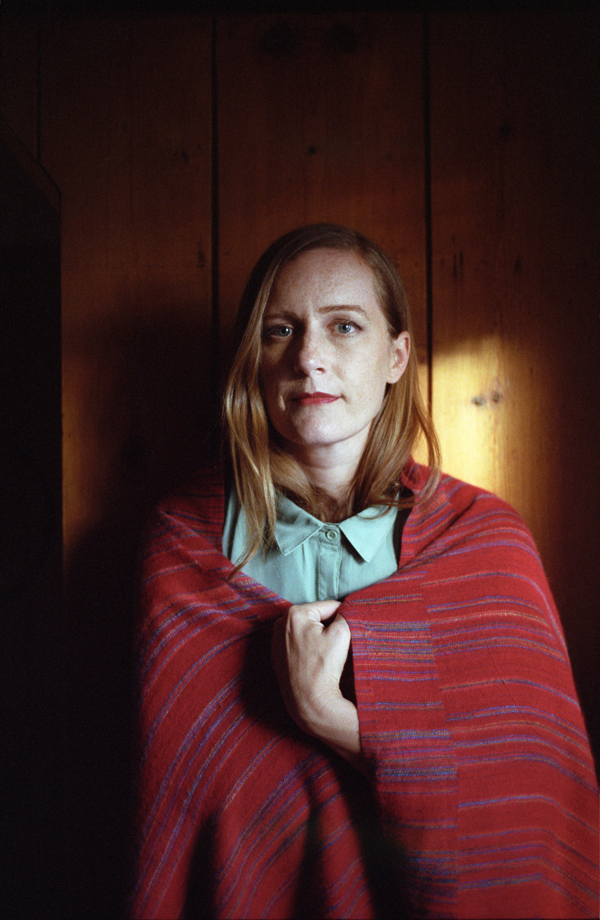 Goners, the fifth album from acclaimed singer-songwriter and multi-instrumentalist Laura Gibson, found its name in the first line she wrote in the bleak beginning of 2017:

If we’re already goners, why wait any longer, for something to crack open

That line became a lyric in the title track. It also became a sort of mantra. “I’d known for a long time that I wanted to make a record about grief. In some ways, every song I’ve ever written has something to do with grief. This time around, I felt compelled to stare into the abyss. Goners seemed an apt title because it speaks of both the future and the past. The word is used for two types of people: those who lose themselves in the ones they love, and those whose deaths are imminent.”

It is Gibson’s best record, and also her strangest. There are hauntings and transformation, odd birds and harbingers. Women become wolves, men metamorphose into machines, ghost-children wave in the rearview mirror, a scar becomes a vessel for memory. Her lyrics are populated with sharp objects: a needle, a thistle, a sickle, a scythe, claws and animal teeth. “I wanted the songs to feel like fables, to unfold with dream logic.”

Much of Goners explores the loss of her father as a teenager, and her wrestling with the decision of whether or not to become a parent herself. “My days are charged. Potential future grief forces me to reckon with past grief. These were two points on a map of grief. I wanted to explore the territory between them.”

Gibson co-produced the songs with engineer and friend John Askew, with whom she’d also collaborated on her 2016 album, Empire Builder, in his Portland, OR, studio. They began as simple demos, but Gibson kept returning to the studio to tinker, until she realized these demos had become a record. She ditched her guitar on half the songs and instead played piano and Wurlitzer. “There was a lot of experimentation, stacking vocals and using tape loops to transform sounds. We were landing on arrangements that seemed impossible to recreate and so we kept moving forward.”

It marks the first record Gibson made after completing a MFA in writing, and her language has never felt more alive, her storytelling sharper, her imagination looser. “I wanted to aim for wildness in my lyrics, not perfection. Trauma and grief are far messier than the stories we make of them. Despite this, we will forever keep telling our stories to each other.”

Perhaps Goners’ most cathartic momentcomes in a song about avoiding catharsis. On the moving final track, “I don’t want your voice to move me,” Gibson sings, Honey, all I know of hope is throwing stones into the void.

Goners is a record for thinkers and feelers, for the fierce and also the weary, and despite its darkness, Gibson has succeeded in making a work of radical hope.