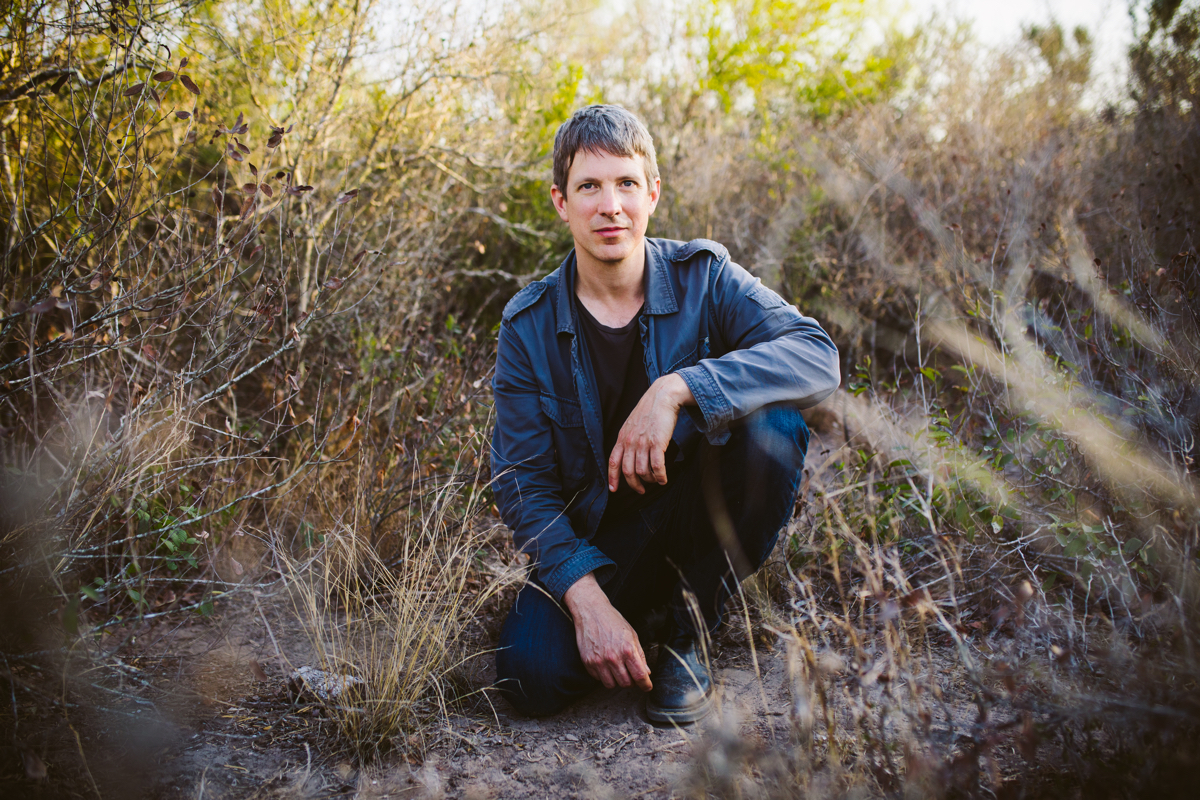 Shearwater releases its first album in six years, and its wandering frontman shows us where he’s been.

In December 2016, during Shearwater’s last live show, bandleader Jonathan Meiburg picked up a slip of paper from the stage: a prayer request card, left behind by a church that had rented the Bowery Ballroom the night before. “At the time,” Meiburg recalls, “it seemed like a grim joke.” The thundering songs of Shearwater’s last album, 2015’s Jet Plane and Oxbow, were filled with fears for what the United States was becoming, and the recent election had confirmed them. Meiburg held the card up to the audience, asked the heavens for the swift (and natural) death of Trump and his enablers, and tore into “Hail, Mary,” the howling climax of 2006’s Palo Santo.

After that, it was time to take a breath. Shearwater had recorded six LPs in ten years for Matador and Sub Pop, and toured the US and Europe many times; as the band drove home, Meiburg resolved to find a new approach. “I felt hopeless,” he admits. “And I didn’t want to make hopeless music.”

So for the next five years he stretched out, in all directions. First on his mind was a book—a nonfiction epic called A Most Remarkable Creature (published by Knopf in 2021), which took him to remote corners of South America in search of the strange birds of prey called caracaras and their origins. Musically he went just as wide, staging a reconstruction of David Bowie’s Berlin Trilogy for WNYC’s New Sounds, issuing a set of instrumental albums on Bandcamp, and forming a new band—Loma—with Texan producer/engineer Dan Duszynski and singer Emily Cross. Loma made two dark and dreamlike albums for Sub Pop, and their self-titled debut found an admirer in Brian Eno, who collaborated with the band on the final track of a second LP, Don’t Shy Away.

And in 2020, Meiburg finally returned to Shearwater, and set up shop in a weathered RV near Duszynski’s studio to write an album that would reflect where he’d been. Above a makeshift desk, he placed a quote from TS Eliot: Be still, and wait without hope / for hope would be hope for the wrong thing. “Wasn’t that also a kind of prayer?” Meiburg smiles. “More like an approach I could believe in,” he says.

With Duszynski as a fellow performer and co-producer, The Great Awakening evolved through the long months of 2020 and 2021, emerging as a meditation on hope amid hopelessness, and the freedoms to be found—or dreamed about—in isolation. Some Shearwater veterans returned, including keyboardist and arranger Emily Lee and drummer Josh Halpern, but the rock gestures of Jet Plane fell away: The Great Awakening is a soulful and immersive travelogue of grand atmospheres and intimate landscapes, decorated with field recordings from Meiburg’s travels and anchored by his closely-recorded voice, more otherworldly and urgent than ever.

On loping lead single “Xenarthran,” he opens with a wry question—What did you expect?—then muddies the waters: the song’s hymn-like chorus circles back on itself, as if caught in an eddy, and resolves in a wash of strings and a choir of howler monkeys—evoking a world of deep shadows and tantalizing glimmers of light. The same is true of the gorgeous, enigmatic “Aqaba,” as close to a love song as Shearwater has ever made, and the superficially triumphant “Empty Orchestra” turns out, on closer inspection, to be a reckoning with nihilism’s seductive, ever-present appeal.

It’s an album that couldn’t have been made by any other band. It’s hard not to hear The Great Awakening as the record Shearwater’s been striving toward for years: it’s a journey into the unknown, embracing sorrow and joy, beauty and terror. In the threshing of love’s distortions and shimmerings, Meiburg sings, The stubbornest husk falls away. And the dust rises up. 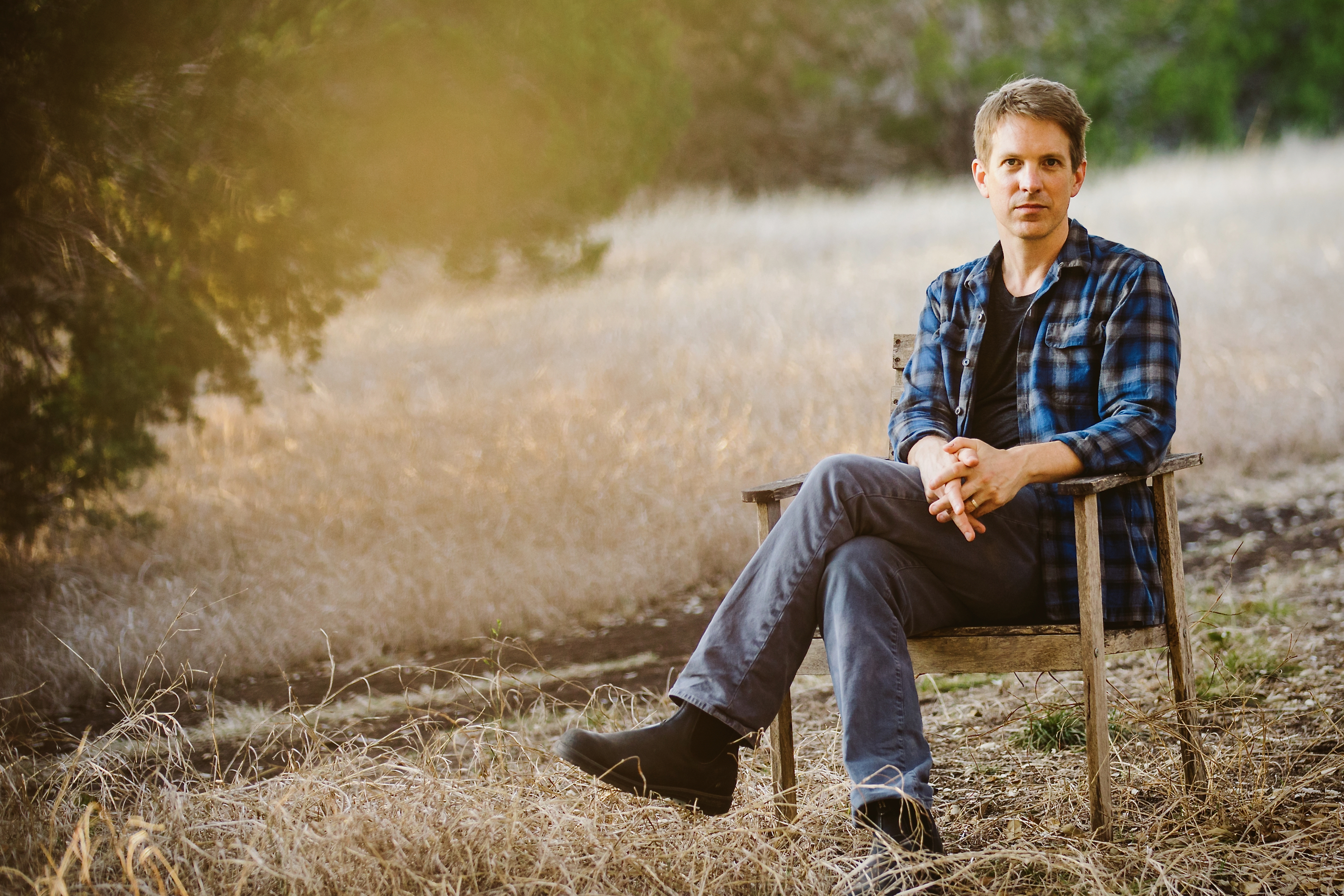 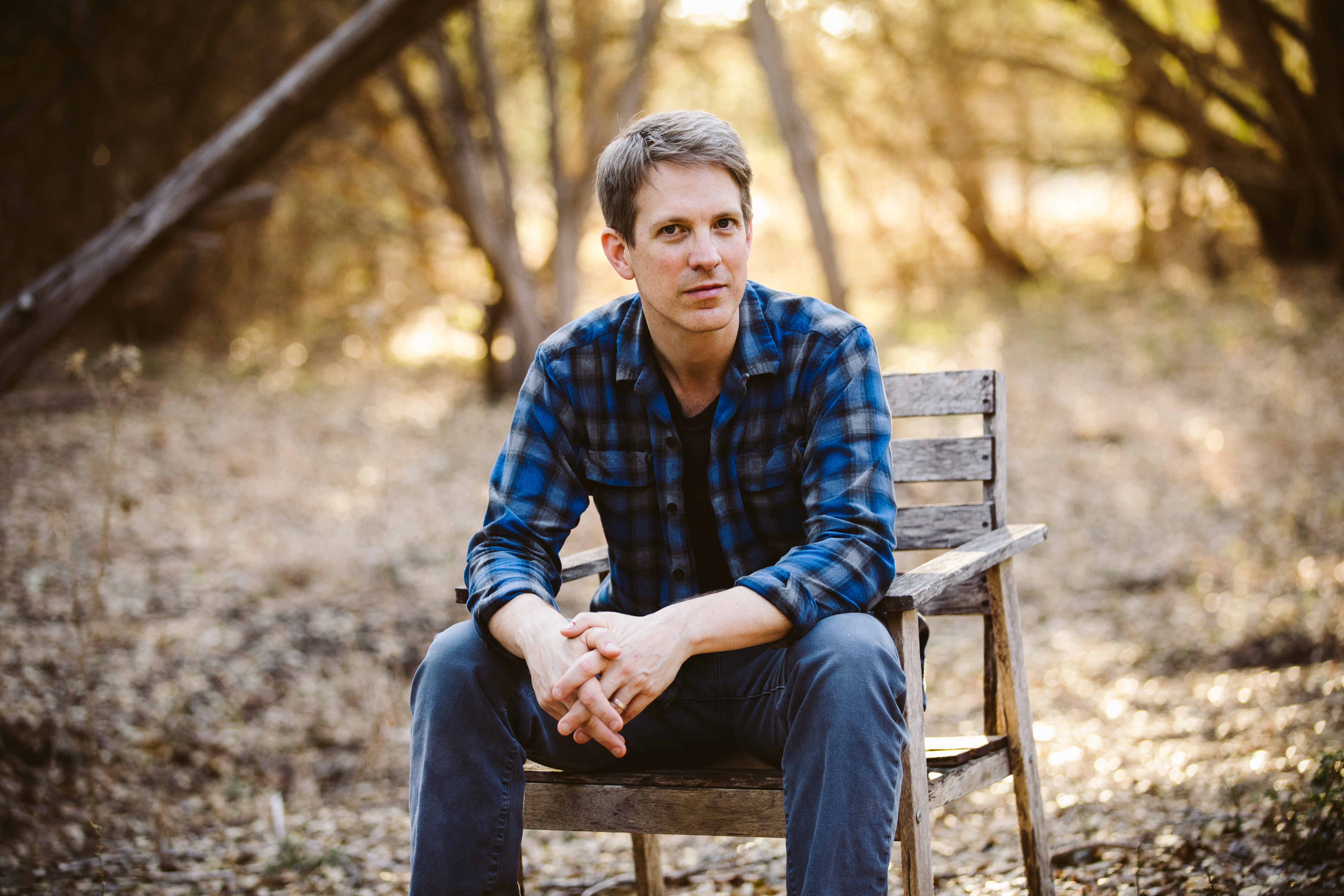 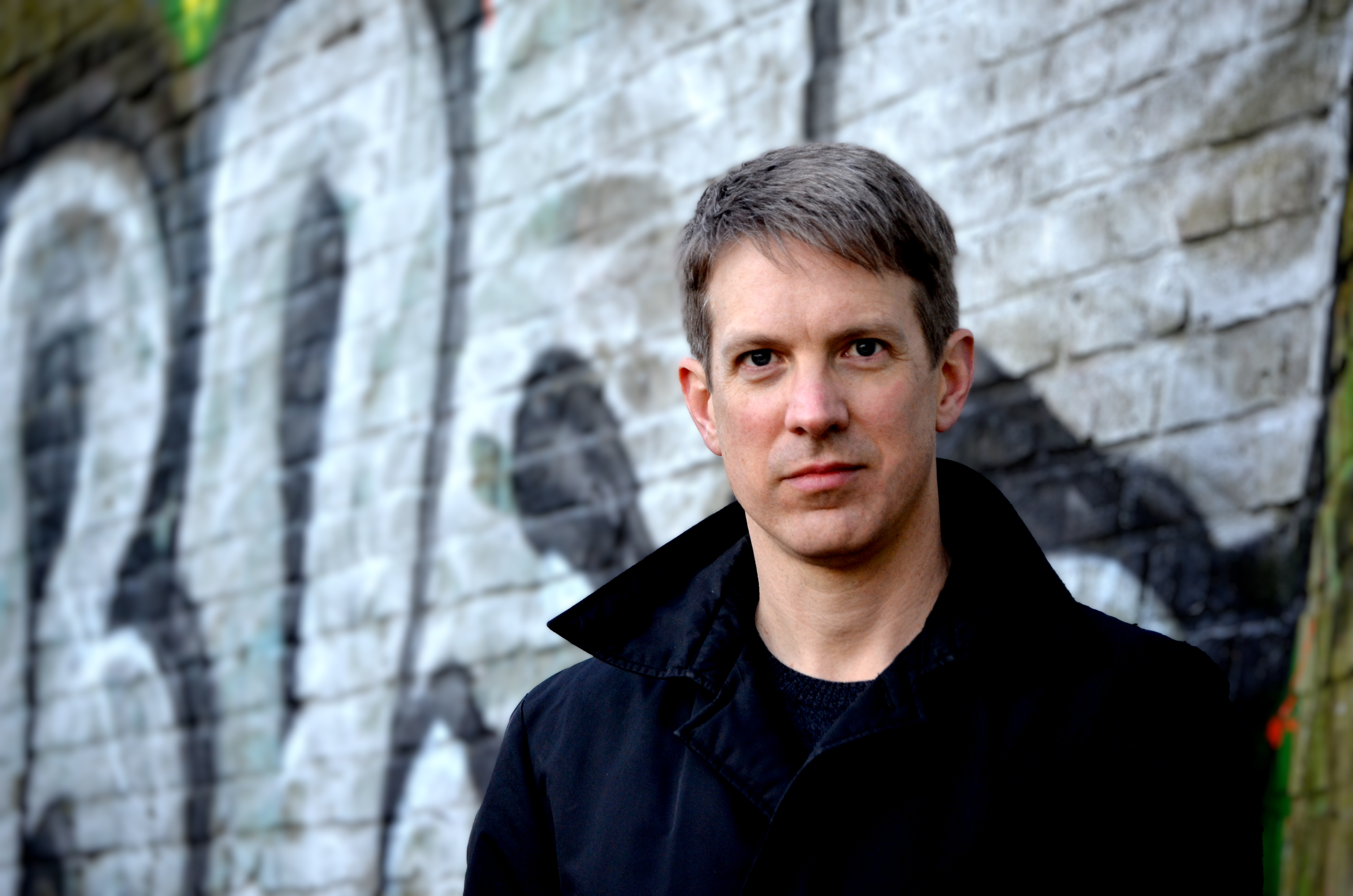 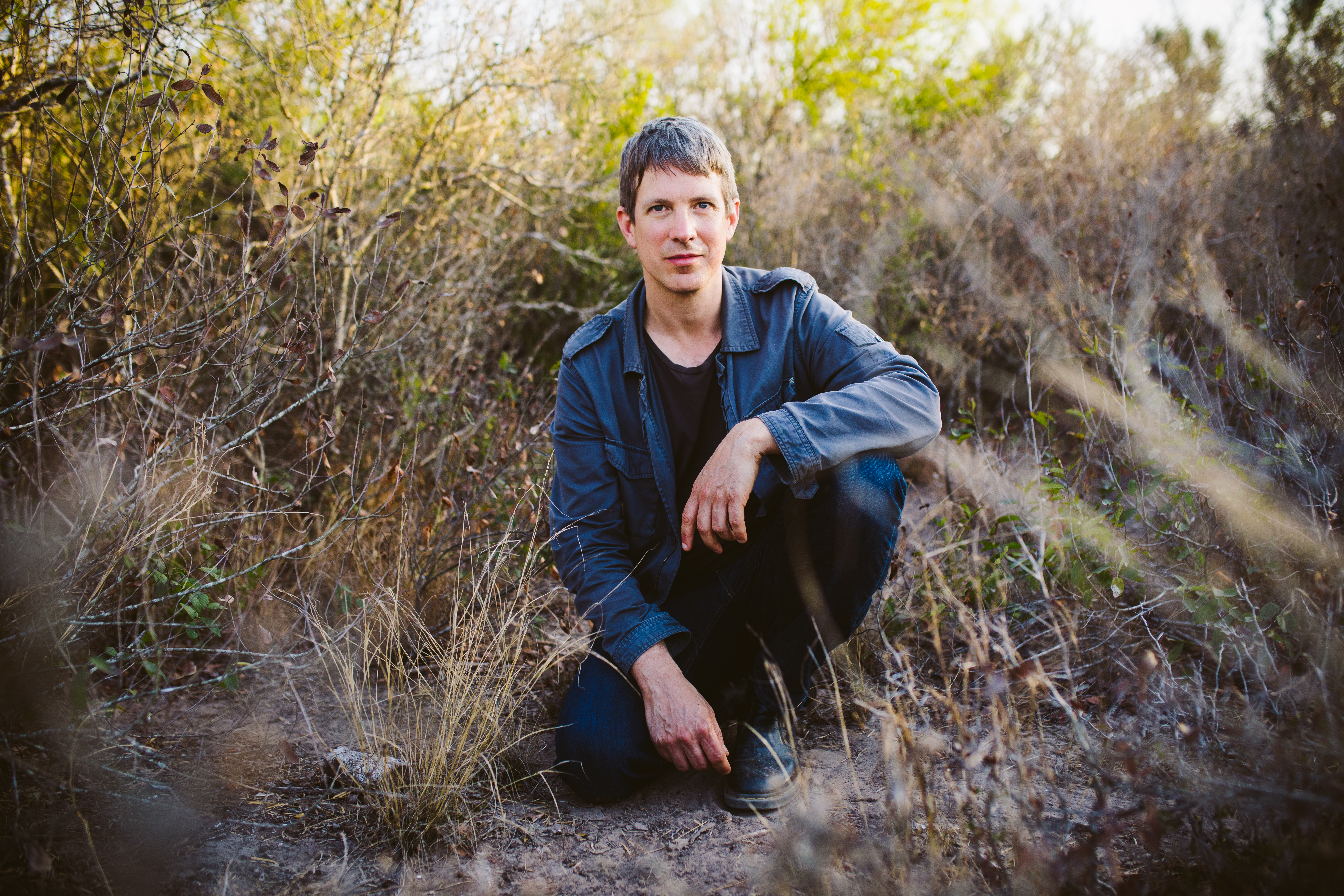 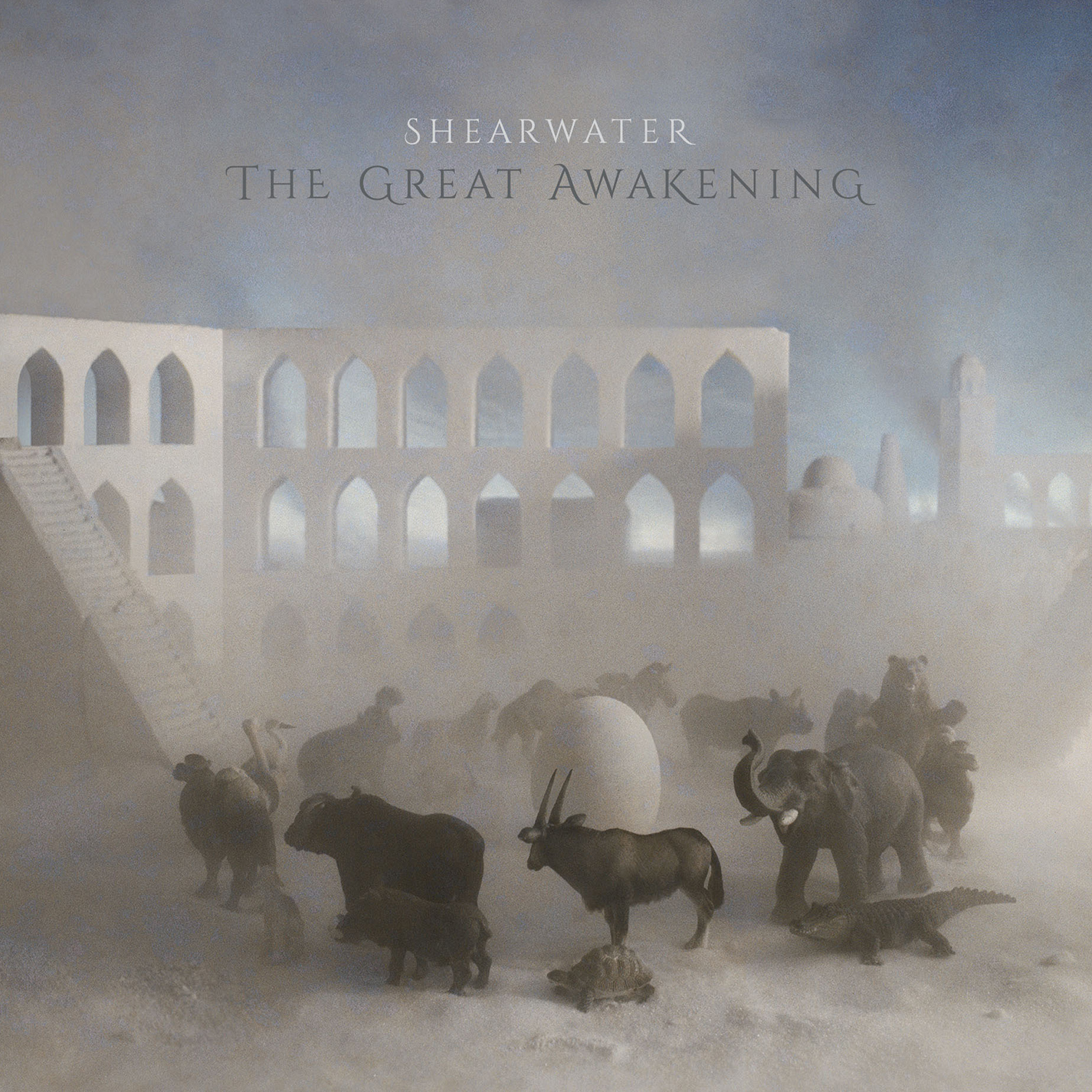